Did you know the light from these stars... 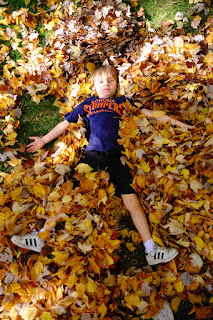 I have a list being formed somewhere in my mind of all the major things that I need to do around the house, to get things cleaned up and organized once and for all. I have no idea where I'm going to find the time to do any of this. I haven't written my list out either, of course. It is purely imaginary with dusty corollaries lingering in the physical world.

It doesn't make any sense, at least to me, that contemporary life is meant to provide any of the promised rewards for participating in it. We spend our time working, and too much of our time at home cleaning. For what? I mean, I get it. I want to live in a relatively orderly place, and can't stand when rooms are fouled in time by my presence. Somebody has to do something about it and I'm the only candidate in the running. But Jesus marimba thimbles... is there no end to the feeling that all of life is a useless and perpetual struggle?

Sorry, I've been reading Camus' Critical and Lyrical Essays. He was such a loving, hopeful young man. It is heartening. Though I remember his other works, also.

I've been thinking about buying a new car. I want one. When I consider the cost of buying a car I am shocked at what a dent it means to my monthly income. That lost money represents a significant portion of my modest daily happiness. Many work only to pay for the place in which they sleep, and the vehicle which brings them to and from work. It makes no sense at all why anybody would do this, but neither does buying cameras. There is no end to swimming the paradoxical oceans of the absurd. It only takes a moment of reflection to arrive at the point of futility on almost any subject. Yet knowledge grows and shared observations of our universe continue. We are tasked with creating a sense purpose to a life that will end, either expectedly or with invitation, but always with certainty. The hint that our lives ever occurred will decrease over time until they are each mainly forgotten, erased from the universe, or until the Facebook servers cease transmitting data packets.

Perhaps that is its allure - social media. Some are horrified that personal data and account activity are retained with the ominous threat of forever. Others maybe seek to touch the infinite through that dimly held belief, to somehow participate in tomorrow, without any intentional meaning attached to the behavior. Too few are willing to be absurd, even when cornered in absurd predicaments. They find and claim a quorum of meaning, or morality. Everyone wants there to be too much sense in the world. They insist upon theirs in the collective sense and I don't always fault them for this. I tire of the whims of my mind, also, and want only for musicians and writers to relay to me how the world can be structured differently, effortlessly and over a glass of wine.

Others seek the wisdom of the spiritually enlightened. What can one do? Hope is maybe the imagination's defense against rationale.

If wishes were horses then we would find a way to gamble on them, or shoot them when they stumbled and fell, and then call it mercy.

Some will meditate and suggest that "the moment" should be one of calm spiritual acceptance; others howl to the stars at their impossible distances, their maddening purposelessness and incomprehensibility, their eerie celestial twinkling. The night sky is always of an untouchable and amorphous past, yet it is famous for always seeming of the moment. I have never felt quite as in love as I have under the stars. As trite as that may sound to you, it is true. The love of others - its admissions and expressions among participants - seem vapid to a listener, emphasis without emotion. This happens perhaps in proportion to the hardening of one's heart. Why do we call it falling in love when it feels more like floating. It is the sudden relief of the weighty burdens of living that mark the shared joyful sensation, not an accidental slipping of your feet near an open well. I suppose it can be both.

That anybody resorts to drugs and alcohol as a reaction to the mechanized world should surprise no one. It seems a reasonable enough response, unless of course you're in love and happy. Then, it makes no sense and you are maybe causing others pain. I have read that some believe now that addiction is sourced mostly in loneliness. They have conducted tests to confirm and advance this understanding. Yet only formal attention is then given to the lonely as an attempted social tincture, as if to heal a wound so that the patient can resume their otherwise productive and promising lives. When I was younger I believed, maybe wrongfully, that the only people who ever escaped loneliness were those too stupid to feel its presence. Now I can see that even the stupid deserve existential equality. I have become a moral man in my later years, you see.

We spend today preparing for tomorrow though each day brings us closer to death, yet we present ourselves and act towards one another as if it doesn't. There is nothing to do about it, so we all act accordingly no matter what we're doing. Life's meaning seems to exist elsewhere for many. Not only in some other place, but in some other time. We spend our lives preparing to put good memories behind us. We love to get together, to reminisce. For those who live too much in the moment, they suffer the critiques of those who would have them live otherwise. It is selfish to live in the moment, the past, or the future, especially while in the presence of others. It turns out that the charge of selfishness can only be made by others, especially if you retreat. What could be more selfish than solitude?

For those who meditate, they prepare their lives to recognize and appreciate the moment. Yet the practice asks and reminds them not to do that, in a sense. How to avoid the paradox of the passing of time? Is meditating living in the moment, or is it a reduction of life's stimuli to a manageable state? Is one free when forcing oneself to quiet their own inner voice? Is all freedom simply a form of self-denial?

I don't know. I suppose that any answer may be subjective and malleable. We insist that faith in a thing makes it less so, though for whom?

The idea that the moment is purely to be enjoyed is accomplished by some through adequate planning for the future, so that when the moment arrives it can be enjoyed without worry. Then there are others who do not complicate the present with the future. Yet the future arrives for each, regardless of how the present was spent, and no amount of money or having previously lived in the moment guarantees any success or happiness in the future. Life can not be practiced and it can not be saved for later. We are all bettors with our own sense of meaning, yet we insist that the meaning we have chosen for life is its sole and truest purpose.

Well, that is not quite fair. All of us do not do that. Some recognize the impossibility of deriving meaning from anything and find a way of laughing along about it.

Can I use two prepositions in a row? Is it wrong or preposterous?

I have tried to look at the issue of my apartment dispassionately, or disinterestedly. I've realized that if I gave up cycling, going to the gym, and writing here on this site that I just might have time left over to live a happy and orderly life. I could restructure my life such that I would have time to go through the years of collecting and really begin to clean things up a bit around here. I wonder what I would do with an orderly life. Maybe my life could be used as an example - a template for others engaged in living - once I tidied the place up a bit, of course, and effectively advertised my domestic makeover to others. Revamp the brand, if you will.

The human capacity and inclination towards order is an interesting one. We seem to need it and loathe it in almost equal measure.

When my son was an infant we would play music for him to fall asleep. Once he was able to talk then we would read him stories and talk to him before bed. I think back to standing or lying in that dark room, with him just learning to saw toothpicks, listening to the mostly ambient compositions that we chose for him. I miss it. Like many, I want the world to be meaningful, to contain unspeakable beauty, and I wish to somehow participate in those wonders.

Maybe I worry that one day I'll look back on my life and regret any time that I spent being tidy.

I try to listen carefully to people, so that I might glimpse into the the lives of others, to consider what life's meaning is for them. I remember my mother, as she was dying, telling me the things that I would never regret doing - traveling, writing, learning to play a musical instrument, to speak another language. She then added to the list, having children.

She must have had other things on her mind. It did seem to almost be an afterthought for her and my father. My brother and I were both conceived late in life. I say this without any ill-will whatsoever. It is just something for me to think out loud about.

I wonder what values Rhys might remember from my own life, potential safeguards against future regret - take lots of pictures of everything, more than you need; go swimming even some days when it's cold; avoid leftover chicken, use extra butter on noodles, and cheese, Froot Loops can be eaten without milk; always try to drive faster than the phone's predicted travel times; play music loudly, sing along in the car, mumble over the words you don't know or turn the volume down, acting as if the song has vaguely lost your interest; don't bother keeping your room clean, try to convince others to do so; avoid making eye contact with the stars.