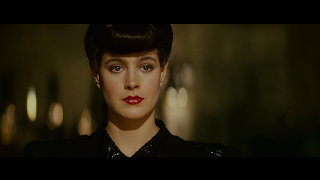 When did my cell phone become the courtesy line to my life? All of a sudden I started getting a lot of sales calls. I thought I was on that donotcall.gov list. Who knows, but they're pissing me off. Why don't they make a phone feature that any number that you don't know will be automatically routed to your voice mail, which will then automatically delete every message that's left there.

It might not bother me as much if they were honest about the nature of the call and apologized for it the moment they started talking, especially if they referred to the thing they're selling as either bullshit, an unapologetic scam, or complete and utter crap in the first sentence. That would make me listen to another sentence's worth before hanging up after responding with, All telemarketers die from syphilis. Who knows what might happen? Introducing the unwanted intrusion into my personal life as a "courtesy call" only makes it worse for them. I guess that suggesting that they'll get syphilis means that they might one day also have sex, so I'm unsure what effects my response have. They're like the slutty girl or a class clown in in high school - they get the wrong type of attention, but they never seem to learn.

What the fuck is polite or considerate about calling somebody who doesn't want to be called to try to sell them something, then introducing it as a courtesy call?

Moving on. This post is not going to be a review of Bladerunner 2049, though I did go see it last night. I liked it quite a bit. They have installed large and reclining seats in the theater in Petaluma - the next town over, the one in the opposite direction from the miles of scorched earth - so I figured I would go have the full cinematic experience, and maybe take a nap. America's new bombing range: wine country!

I arrived, chose my plush seat from the computer touch screen that every disease carrier also touches, bought my ticket, made sure to scratch my eyeball, went to the theater and immediately got into an argument with two older women who were trying to sit in and near my seat. Looking around for reinforcement I noticed that I was surrounded by retirees and old ladies in pairs that seemed like romantic couples. After a comparison of seat locations they pointed out to me that I was in the theater for Victor and Abdul.

I considered staying. They all seemed to have a much better idea of what was going on than me. Instead, I apologized to all of them for the indignities of being old and rushed off to my theater. Once there, I reclined my seat fully and began a series of gentle farts. My body at this point is little more than a replicant-shaped wave machine for intestinal gases. I moved over one additional seat from the one free space that I had already chosen, even though this is probably illegal. This would help separate me further from the strangers. I wanted to feel disconnected from humanity for this movie. I took my shoes off in case the aliens came to get me and then tried unsuccessfully to lie on my side with my head propped up. It seems the reclining seat thing might really turn things around for me at the cinema. If they ever install just a room full of mattresses with robust wifi and endless refills on popcorn then I might never leave.

The film started - my eyeball was itching. I considered taking my pants off. I should have brought a blanket. Next time.

Right away I felt the acting and outfit changes of Ana de Arma were perfect and that she was truly going to make this film a viewing experience. And I was right. It was if Ryan de Gosling wasn't even there. The initial scenes with Ana de Arma were better than the entire film, Her. What the republican right has been saying all along is true: Canadians and Cubans do make good sandwiches.

Spoiler Oil...! In today's post I am going to demonstrate that I know many plot points of this film, which means that I am smarter than you. I wish to steal the only attribute of a film that seems to bring you any pleasure: its storyline. That is what makes me happy. It's known as cinemafreude.

So, Ryan the "skin job" lives a modest and joyless life as a cop that kills other replicants. His days end with him coming home to a holographic apparition that he talks to, listens to, and looks at. One must imagine the perpetual indignities of their intimacy. That being said, looking and listening were plenty for me also. I was happy there in that apartment with her, already thinking of ways to get rid of him. I wanted to experience this world of the future.

Of course Ryan G meets a prostitute in the rain while eating noodles. Now, Mackenzie Davis - she has the type of sad and understanding eyes that make me want to watch her have sex. The director of this film seems to understand certain things about me in advance of having made the film, so that's what he intended to have happen also. So they wrote that stuff into the script. That's how these type things happen - scripted sex. Ana hires Mackenzie to come back to their shared industrial hovel and they proceed to do so in a series of threesome suggestions where presumably the pleasure is mainly derived from Ryan's character pretending one woman is another while both women pretend they are real and being loved. It takes very special filmmaking to make me feel so smart and so pubescent, but I think they've finally fucking nailed it.

I swear to you, this sex scene happens, in a film in the year 2017... Truly, where is the liberal outrage, and how long will it take to include me?

What I fail to understand is why everybody can go see Bladerunner 2049 and enjoy watching two replicants and a ghost have sex but I get in trouble any time somebody catches me fucking a pillow at an after-party.

Bladerunner 2049 did not bother hiring any of the actresses from the original, but instead brought back Rachael's character as a newly made replicant. She has a scene in which the animated cadaver Harrison Ford gets to deny her love based on incorrect eye color, which results in an oddly timed sex killing. She seemed so antiquated here anyway. She still had her hair up in some forward facing Leia-esque bun. Because you know, sex and all of its isms. At least we now have men wearing their hair up in buns, finally.

Well, I do like films that question the recursive nature of identity and persona. Because I'm an art snob I prefer Bergman's meditations on the subject more than I do the musings of "disappointed androids wandering a future junkyard," but I do like how they have reflected again upon the idea that most behavior is a complicated series of preferred imitations and self embraced delusions. I see those same attributes in those that I know and love. They seem to take pleasure in that observation as it applies to me, especially when they can verbalize their epiphanies, usually in response to my own scripted behavior, etc.

This post was written as an imaginary one-way conversation designed to offend one particular person. She will love Bladerunner 2049, of course, and discuss it and Ryan Gosling in objectifying and sexist terms. She often does. So, in a sense, this script was all for her.