A small talk about the effects of stress 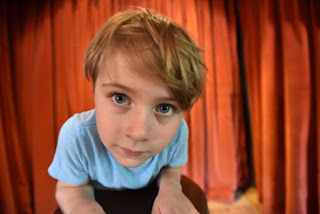 Yep, it's the stress. It does not qualify as a disorder, but there is some post-trauma stress going on with all of us. I can feel it in my sleeping patterns, in my wakeful thoughts, in falling back on familiar patterns without regard for success, being without immediate self-awareness. Everything seems clearer afterwards, but I'm seeing the signs of stress everywhere, in all of my actions and in my periods of inaction. I am struggling to relax and failing, even as the feeling of stress is lifting.

It will pass soon. From what I understand of it, the short periods of experience of this kind are followed by a normal period of stress, but that passes as does the threat and the immediacy of danger.

Yesterday, the gym and a bike ride helped. The road leading up to Lovall Valley had been opened. After what was already a longer ride than I expected to take - to check on Gundlach Bundschu, which was still standing - I rode up the hill which leads to the loop. I turned at the top of the hill where the county of Sonoma becomes that of Napa and retuned. The damage was tremendous. I knew it would be. More houses stood than I might have guessed. Though again, I did not ride the loop, where there may be more yet to report. I do not imagine this is of much, if any, interest to those outside of Sonoma. So, this will be the local portion of my post. We'll tackle international affairs at the top of the hour.

I took Thornsberry road up behind Gundlach where it becomes a private drive owned by the winery. Everywhere there were the signs of where the fires had been, areas where it moved through and left carbon as its mark.

I can not quite tell if taking in the extent of the damage in small doses the way that I have is the best way to deal with what has happened, or if I am extending the emotional responses by doing so. Either way, it is a lot to look at, a lot to see. There were vast swaths of forest burned down, creating views that were impossible before, charred sections running off and up into the hills, across creeks, over the crests. The fires must have been colossal. We already know them to have been, of course, but to see it is another thing. It structured some of my imagination of the damage differently. Facts will do that. But it engaged my imagination in another way, forcing it towards the moment of destruction and away from the lasting damage that I had believed to be everywhere and in all directions.

Websites reporting on the size and scope of fires lack nuance, of course, they all tended to suggest complete and total destruction, but that is not the case everywhere. The fire seems to have moved right past some houses while stopping to knock at others, then taking the mass of some up into the smoke above, raining the pieces down for miles around, it seems. It is shocking how little of a thing is left after a fire - burnt emptinesses where once there was substance.

How unfair it must seem for some houses to have been spared. Others must have been marked to be destroyed. I prefer to believe that only Christian homes were spared, but that's just me. They have mansions in heaven and teams of angels dispatched to protect them here on earth.  So, you know, prayer becomes sort of protection payout. The atheistic west coast liberals were hopefully given a taste of the eternal hell fires they will one day soon endure. Let this at least be an important lesson on Hades for those who will one day populate the place.

Jesus, even joking about the many apocalyptic joys of the Book of Revelation somehow seems wrong now. I'll chalk that up to the stress. I feel like 'ol Jesus when he killed that fruitless fig tree, or maybe when he overturned the moneychangers tables in the temple. Angry, I guess, or hungry. It is still a mystery why he spat in people's eyes to heal them, but only when he felt like it.

Did Jesus really kill a tree because it bore him no fruit? What a dickhead. He could have used a little more agricultural tutoring and maybe a little less cross-crafting carpentry.

Ok, I refuse to turn my stress into a Jesus moment.

As for the international desk of our media operations center: things seem to be going pretty well over in Burundi.