Went camping with a couple buddies - Cato and James. A state park a few miles north of where I live. We hiked to Gunsight Rock where Cato took this picture. The camera adds ten pounds. Since this is a panoramic it may have been six or seven times that.

I'm becoming one of those middle aged men that exercises a lot but refuses to change their diet. Instead of looking good it just seems like I can't afford quality steroids, that I'm doing far too many low rep sets, lots of huffing and slamming. I'm getting bigger but it just looks as if I've somehow inverted the fat on my body to a slightly more northern position, so my chest is ill-defined rather than my belly. No, that's not it either, My belly still resembles that bag of blubber that Oprah scarred us all with when she could still hurt us. Mine looks like that, but with sporadic dark hair on it. Like an early stage of mange, where it hasn't fully taken over yet and made the poor mutt un-pet-able, just not exactly a smooth carpet of puppyish invitational fur. I have to look away from it in the mirror. I'll only stare if I get an ingrown hair or some other requirement.

Ah well, I don't want to change my diet. I'm a stress eater and I have a lot going on for the next twenty years or so. Bad time to consider a dietary shift of any sort. If I start adhering too strictly to any popular or self-invented diet plan then the only exercise I stay interested in is the goose-step. I have to be wary of too much regularity. It works too well.

We hiked one day - each with prohibitive ailments to discuss in reasonable detail. My strained or torn ligament is still a lingering malady. Cato is more than ten years our junior, so he may have been fabricating his affliction just to fit in. James' ankle is either sitting in the joint as expected or is sometimes just near. It pops, and he'll know.

We sat around the campfire and told stories, played cards, and guitars, wheezed at the moon until it moved off of the leaves. Management had positioned us in the dead, lower middle of the "kids/family" section of the campground, a sort of drainage field with a steel drum half sunken in the mud to make fires. A kiln would have also been useful. This was half tactical error and perhaps half effective forethought by them. We were much better behaved on the second night than we were on the first, once we had a full day to soak in the disdain of our local neighbors and their villages of children.

No. We were as well behaved as three guys can reasonably be expected to be. On the Saturday night there was a rave two campsites down.

Having a prom every now and then might be useful. It would give a concrete date to focus on losing a certain number of pounds. I function better when my goals are both written down and unrealistic. Maybe I should try to get invited to a wedding. Do people still fall in love? Are there still youths?

I guess I could prepare for a funeral, add a sort of speculative conditional to the game of life. Who knows, maybe I'd be morbidly good at predicting the season and relative order of people's deaths. There would be betting, gambling, excitement.

There'll be an app for that. I wonder if the insurance company that develops it will calculate that it makes more financial sense for them to keep it as a proprietary tool to maximize the denial of claims or if they can make more by selling a faulty version of it on the app store, or both, they work towards subtly maximizing the risk and minimizing the gains. 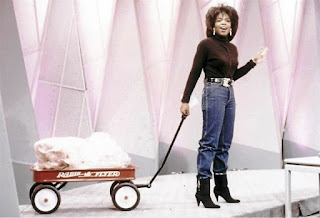