A small taste of the earth's indifference 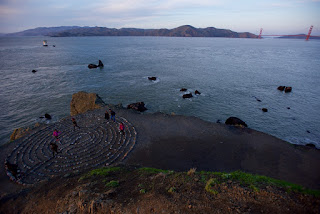 I don't have anything left to say, again. I hope this time that it lasts. Saying things doesn't help much. It's like voting. Everywhere I look there is a deadlocked two-party system. If I didn't know any better then I might start to suspect that man has a dual nature. I mean, mankind.

We have been awakened to the evil that is man-kneivel - spokes on the wheel of woke.

Carbon-based bipedal lifeforms do pretty well until they have to tell stories about what day and night might mean. Then, in creeps the heroics. What follows is the Death of the American Dream.

Others perceive the rise of a new American meta-myth.

I rode yesterday for the first time since re-ignitig the misery lurking in my heel. A ride taken so leisurely that I forgot to set my watch to document my time, distance, and heart rate. That metadata is now lost to the mountains. It was almost as if I was just riding to ride, except for the fact that I took a very familiar route. I'm like that, though I would hate to admit it - a man of many rituals.

By using the word man I did not mean to suggest all of mankind, I meant only me. By rituals I meant the things that bring me a simulacrum of joy. Those repeated actions that provide, in the moment, their mitigated sense of freedom. A freedom that we are reminded is no longer free for the having, or taking, but only for the wielding. Indignant claims of protecting the thing presumably possessed.