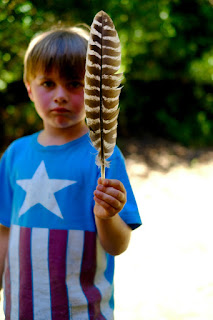 I wrote this yesterday morning and forgot to post it:

Summer arrived just in time for the weekend, a real scorcher, as they say. We were surprisingly active for how hot it was - errands on Saturday, sushi, a pool party with friends from Burning Man in San Rafael (the boy endured a bloody nose), the dinner party that ended with flavored moonshine; Sunday was similar - breakfast at what used to be a favorite local spot, a ride up into the hills, a small jazz festival in Oakland, Ethiopian dinner in Berkeley on the way home.

A child's behavior does not necessarily improve in the heat, nor does one's ability to react. The boy is expanding his program of testing boundaries, but he is still mainly sweet and good. Every now and then, though.... When we were at breakfast on Sunday he delivered two presents he found while running around the back gardens to us at the table: what appeared to be a dead mother bird and its dead baby. One in each hand.

If he was looking for a reaction, he got one. 102 degrees worth of disgust and revulsion. I sometimes wonder what having a daughter would have been like. I sometimes see people fighting the injustice of gender roles and certainly there are forces which encourage certain behavior over others, but a five year old boy's seemingly normative gender behavior can be more disgusting at times than I am prepared to suffer.

Mom was there at breakfast also. In fact, she had me immediately walk the boy to the bathroom while she cleaned up the deadness from the dining room floor with a plastic bag, in full visibility of the other people eating breakfast. If any of you are thinking that I should have picked up the dead birds then you are the gender problem.

I don't mind gender roles. I mean, they don't represent the problem for me that they seem to for others. It's easy enough to see the danger in trying to enforce them, or even how the application of some gender encouragement could be limiting.

Most women that I know like being women. Many men feel similarly - they also like being women. I think people forget that it's not wrong to feel one way or another. It might be stupid, but it's not wrong. It's only ever truly wrong to disagree with the marginalized, or to agree too enthusiastically with the normative. Regarding the margins as sacred does nothing to change anything. The edges of society do not dissolve upon being hugged, they only become dulled.

What a difference one year makes. 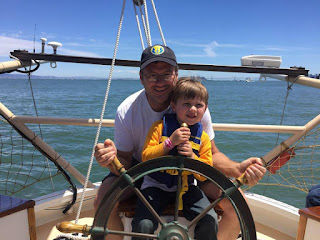