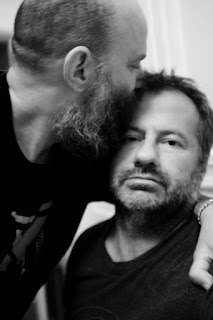 Never any time left at the end of the day to collect myself, to process what is happening, what to expect next.

I would write more but I am exhausted, the day is over. Its ending is also ending.

I chatted with a friend on his commute home and he told me a trifold set of questions to consider, all three points of which I then promptly forgot, harboring only a vague memory of what mattered about the statement. He also recommended a book for me to read. The first part of the title being all that I remembered, which only led me to books on Amazon that presumably detail how to sell things on eBay.

I should have been taking notes. Not just in my conversation, but in life. It was not that long ago that I could sit and listen to someone else talk for hours and write down the important points as they were being made. I miss school, sometimes. Making dinner purged the information from my mind that had only just found its way there.

The picture above was a selfie. My buddy was professing his undying, unwavering love for me.

I assured him that I only ever wanted to be friends.