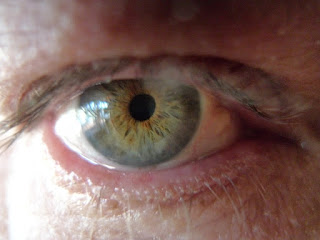 I went to the local sushi restaurant, to prove something to myself. As part of an unrelated challenge I ordered a rainbow roll off the menu, an atypical selection to my normal sashimi. It occurred to me that perhaps the boy claims to like the plain raw fish so much only because I have announced my great love for it. Pretty simple mistake, anybody could have made it. I've been watching his sushi selections when we share elsewhere. I think he might have initially overstated his lifelong love for sashimi.

The kid is nothing if not heroic.

As I was sitting in the sushi place I began to chat with another lone man at the bar. Our talk required that I establish unnecessarily that I have a four year old son, which somehow directed the conversation towards drinking sodas and eating junk food. There was talk of game rooms and ice cream parlors, the burger joints of the past. I was reminded of the charge and sliding rush of freedom that accompanied adolescence.

I went quiet and stared at the counter for a lost lifetime, reminiscing.

I had a dark spot in the corner of my eye. It was growing. When inspected closely, touched by the precise nail of a mother's hand trying to clear it from the eye, then it appeared to be just under the pink flesh. And it was.

It was a small cluster of cells that grew together unexpectedly, a mole. The pigment had darkened through exposure to the sun. It had been growing. A trip to the hospital, the navy base. Orlando. This was before we started going to the VA that was just outside the gates and before the cemetery when leaving. The base experience was routinized - past the guards, slowly by the torpedoes and the statued shells of the too-small-to-be-real fighter planes, the decorations of a military.

We would buy groceries at the commissary with mom, with dad when the weekends went weird.

This would be presented as an adventure. I see all of that now. There were some actual adventures, which were formally called vacations; weekends at the local lake, with the city park populated by many other navy families, fishing from the dock using small pieces of hot dog on a hook, catching nothing, short drives to rv camps on the coast, small cement game rooms that we were encouraged not to be in after sundown, its poverty of boredom. The accumulation of passing days happening so slowly as to hardly matter.

Those trips to the commissary with mom, the stated intention of the times.

The summers then must have been paradise to those who were used to anything worse. I was born into them. There is a brightness that gets into everything that can not be washed out. It is torturous and unforgiving, growing subtropical roaches from the accretion of excess humidity. It's a process called Spontaneous Gas Stations. Giant glowing frogs have taken off like swamp fires all across the south. They're what people used to call lightning bugs.


The visits to the eye doctor and the subsequent surgery were more pointed as recollections than the others. The operation had been talked about by the family in calming tones, consolations that preceded my quietly growing inner child hysteria. It was my brother's imagination that functioned in place of my own with runaway visions. He whispered the hints of blindness and questioned what getting a needle stuck in your eye would feel like and wouldn't all of the eye just run out onto the floor. And it would. Of course it would.

My mother wore a dress as it mattered, when asserting motherhood is what the moment called for. I remember hers that day, the cascading pastel green look of it in front of me, and that it partially concealed each oncoming set of swinging doorways, leading to each following hallway, administration offices, nurse stations, gurneys, the inner chambers of adulthood. The complex was just that, a maze made of questions. I, a lost apparition in the apparatus, following the waves of the dress closely and without option.

Base hospitals glow with institution. If the color changes it changes nothing concerning the sense of being there. Its essence is essence-less, as if they've determined how to extract from a color that thing that makes it colorful. It reminds one always of something else, a disaffecting familiarity.

At the gym, sometimes when I am being self-cruel, I tell myself that the military might have worked for me. You just never know. Those weird things you allow when discipline becomes a private conversation or convention, and it can.

My brother was there. The procedure was not severe, otherwise I would have been blind to the presence of others waiting outside the operating room. Instead, my brother's screams for doctorly mercy from the hallway and my mother's attempts to manage him while still being there for me had been the whole point of me telling this story. Our family had divisions, and we three were one of them.

The first needle is to administer local anesthesia. No delivery of that kind had any meaning to me. Its effects were as irrelevant as compound interest. There was a piece of fabric placed over everything except the eye, my portal to Egypt. I was surrounded by lights, a small gaggle of adults hovered near my head, then there was the doctor. It of course began.

Screams and begging, the doctor's hands pushing me down, the nurses holding my arms and shoulders, my legs kicking wildly and freely, twisting as the front half of the abdomen and spine would allow, my head in a lock brace designed for children, the eye with a contraption on it that prevented me from blinking, from being anywhere else, from seeing anything except needle and the oncoming fist that held it to its target destination.

It all approached, along with the chaos. The pain was tremendous. This child's imagination dedicated itself to fear and fight. What could Jesus ever do for me after something like that, after the needle. The plungers of the dreaded device echoed the shape of crucifix.

I would never quite recover. The next needle was much larger, by necessity, and much too soon at the time, by process. It was designed to remove the cluster of cells, and allowed reverse traffic upwards along the metal of its cylindrical shape for this very purpose: extraction. I could see that, though I did not quite know it. At its moment, terror only tells one thing. It did.

Few children have practical experience with local anesthesia. I was among the lucky ones that had no need for training and repeated explanation, parental consolations. I would have made an awful diabetic, just terrible at it. Sickness requires something that I lack. I never quite know what sickness wants. It robs me, but of what I can not always tell.

There arrives a point where terror causes the release of endorphins, though it need not always be that. Life becomes otherly; I went within. The sensation is to suffer in slow motion, and from a distance, to feel somehow objectively about it all, to see your panic rather than feel it. In fear, there can emerge a magicality of getaway, the essence of escape - silent voices of seclusion, whispering their odd and alluring message.

Its only demand to keep close its memory.