"An ocean of violets in bloom" 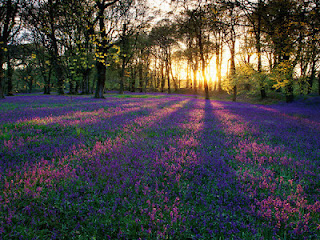 ("Dream if you can a courtyard")

I taught myself to play it on piano last night: "When Doves Cry."

Well, I taught myself how to ape the chords adequately - Am, Dm, G, pretty much. There are other chords in there, but not enough to prevent a piano telling of the famous song. I replace a few of the lyrics to make it apply more to my life, and shift the chord arrangement a bit to prevent there from being no playing over the parts that I couldn't quite figure out, but it remains just barely recognizable as the Prince hit.

Now, I only need someone to play it for.

I considered recording it, live from the living room, just myself on piano and vocals, but I'm an enormous pussy when it comes to singing, and have little confidence in my own. I know that I could have chosen a more obscure Prince song, but I heard this one live from Massey Hall and it caused me to sit down and learn the thing.

I have a great live acoustic album from Neil Young, also recorded at Massey Hall. I used to listen to it all of the time when it was first released about 10 years ago. His producer tried to get him to release it as an album instead of the album Harvest. Good thing for him, one might think, that he didn't listen. Harvest became for him the very successful thing that he wished to escape. Or, so he made it seem with his follow up albums, Time Fades Away and On the Beach, the latter of which is one of my favorites, which they finally just re-released. It had been deleted, such was Reprise's reaction to him not sustaining his reputation as the one-man Eagles.

I write about music when I don't know what else to write about, mostly. I'll also sit down at the piano or the guitar when all else has evaporated. I used to rely on music so much more heavily, and much more often, than I do now. I have no idea what happened, but it just does not move me the way that it once did. It can, I'm just not as available for it to take me on its midnight journey to Jupiter.

The truths and beauty there seem fewer and farther between than they once did. The albums I like to listen to irritate my friends, in large part. People think I kid about country and alternative bluegrass, until they come over and that's all that I'll play for hours on end, happy as a detuned banjo.