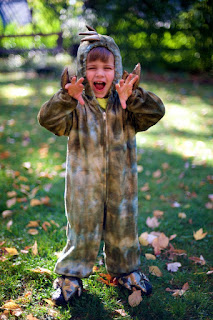 Just like that, Memorial Day Weekend is over. Well, there is still today, the actual day. We are meant to reflect upon those that have given their lives for this country, theirs, in military service. Our country seems good at making new examples for us to reflect upon. I question whether or not there have been any justified wars in my lifetime, a lifetime that includes Vietnam. I have argued that Saddam needed to be taken out of power, though it seems that we perhaps should have waited and conducted an all-drone surgical operation on Iraq, even though I have been very skeptical at my country's use of drones for the purpose of political assassination.

Let's not get into all of that right now. I have become a far less political person since losing my Twitter war with Donald Trump.

Remember when Saddam was hung to his death by a rope? When Gaddafi was beaten to death in the street? How is it even possible that Arafat died comfortably of a stroke?

Well, if I am not going to discuss the death of American soldiers then it seems rather expedient for the purpose of writing a post to move right past them and on to world leaders who have lost their lives while also presumably being removed from the service of their own countries, excluding Palestine, of course, as they are more of an internment camp that seeks political asylum than what has been allowed to be thought of as a country.

Dying for their country takes on a different meaning when the person in question actually believes that the country is their possession.  To die for the country of your birth is not quite the same, is it.

Speaking of Palestine, I like Jews, especially the smart Ashkenazi ones, and also the ones we have here in the US. My Jewish friends are the most warm and loving of the friends that I have. When they invite me to dinner I feel at peace and comfortable in their homes. Safe, even. I sometimes wish that I would have been born into a Jewish family. I must be the only Irish-Catholic that ended up without relatives.

Well, I have a brother, but he does not seem Jewish to me at all. His mysticism is not like mine. I doubt that he even knows the choreography to a single Madonna video.

Have I escaped the political conversation yet?

Soon. Work with me.

I also like Latino families, except for the strong sense that one gets not to disagree with mom or dad at the dinner table. Padron y Madron. At least within my Jewish friends' homes you are expected to speak your mind and even respectfully disagree with mom or dad. You are given the free space to express an idea, if done so with wit and charm. The only faux pas is that of being tedious. You'll know because the conversation will abandon you. The surest way to alienate yourself in a Jewish home is to have nothing of interest to say.

It should be the rule everywhere: Speak unto others...