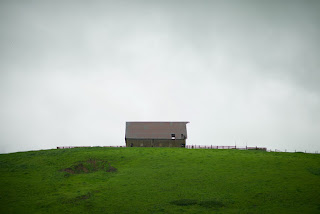 Okay, I need a felt-tipped pen, I think. I am to sign a photograph and send it off. A reader here will hang it on her kitchen wall. I will be closer to immortality, nearly Greek, almost etc.

I do worry about my handwriting, but I'll always have you, dear journal.

I was told yesterday that the boy will have to go see an optometrist. He did not pass a preliminary testing. It confirmed something that I had yet to admit to myself, but that I had already noted, he struggles following a baseball in flight as we play catch. With the larger, more colorful balls, he struggles much less. He has asked me to use the white and orange ones repeatedly when we're playing, with no other obvious difference, to me.

My mind races to the worst of possible outcomes: blindness. With nothing at all to back my fears up, nor even adequately feed them, they quadruple in seconds and make home on top of me. During my bike ride yesterday I was struck with horizon anxieties. I was able to ride through them, but fuck... does the weight of life try to make itself comfortable on top of one at times. Every person has a few squatters inside of them, jockeying for position.

The ride itself was fantastic. I nearly accomplished something I've never done before - the entire circuit in the highest gear. So, there is that: physical near victory.

It is not easy to accept an imperfection, nor the idea of an imperfection, in an otherwise perfect child. I know I'm being a little prematurely silly, but I do like to keep a healthy jump on myself. All attributes in the boy have significant meaning to me, and for me. Sight ranks very highly in what I want for the boy, and visions. Etc.