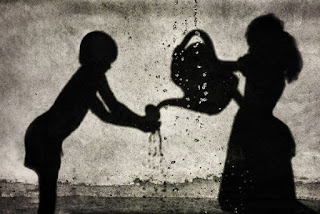 For those readers that take joy in telling me, just act younger, and you'll feel younger... : I pinched a nerve in my back lifting one side of a piano, lifting it as any young man might. I was finally getting rid of the carpet that has been here since I dumbly bought it online and then had it delivered from Home Depot.

For those readers that believe me to be almost gay, read that last sentence again.

I rode my bike today in the heat, intentionally going more slowly than I would normally, trying to enjoy it. It was simply different, not decidedly preferable. Portions of the ride felt more endured than enjoyed. There is something about my heart beating wildly that still tickles something that I am in love with.

I spend a fair amount of my time while riding also reminiscing. I have been doing a lot of it lately, too much perhaps. I enter a meditative zone easily when following fast a familiar route. The repetition buried in the act allows calming clarity in which voice gets to hear voice anew. When it is tranquil, when I can hold on to it, it leads to something that resembles wistfulness, a breath of suadade.

I catch myself shaping again some smooth recollection in the dark, glossed by time, in defiance of fact. Lost and in lost love with some vanished thing that struck a glimmer within the inner-amber, preserved as outline of artifact.

As the hill up to the vineyard approaches, the voice of skepticism gives rise, mounts yet again a sound argument, one not against validity, but of the privileging, the allowing. To resuscitate shadows long gone, worn as utensils.

Some lack the capacity for self-honesty, others thirst the open opportunity of it. I am happy enough to have moments in which I permit them to be. When I am not abusing memory I can sometimes see the shape of self inside of it, recognizing the voice that speaks to be a mirage that tattles its tales of miraging.

I asked myself a question at the end of today's ride: Was it fun, or did you spend the whole time concentrating?

For those readers who like episodic adventure, we'll discuss q6-concentrate tomorrow.