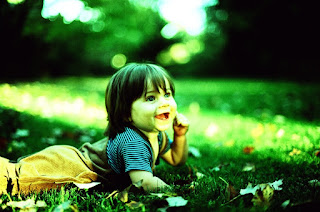 Took a bunch of old rolls of film in to SF get developed. Photoworks. Many of the images were less than useless, but there was a roll of color slide that I had cross-processed. CS told me long ago that what would likely prove to be the most valuable thing to me about getting into photography would be the documenting of my life. He was right. Even many of the "bad" pictures of the boy still stir something inside of me. Every day becomes more precious.

I bought two new rolls of color slide - not the Ektachrome, which they no longer make - but some Agfa equivalent. Shooting real film is expensive. I should be more careful. I take poor pictures that did not need to be as bad as they are, and I take many of them.

I do like to have familiar ways to throw my money away.

Watching the boy crawl around the back yard again with mom was an unexpected treat, though. You know, all that happiness stuff, it really gets inside of you.

Hard to hold on; the salad days. 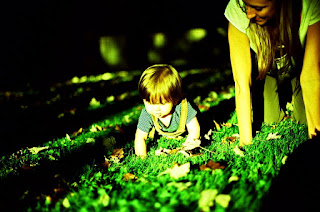