"Hooray for our side" 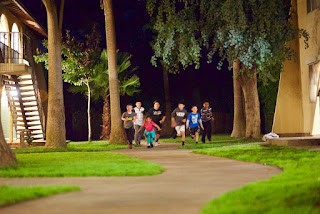 I was going to use the phrase, Ding-dong, the witch is dead as a title for today's post but a familiar reader used it in the comments section from yesterday's post. Ah well. Yes, Scalia was a reprehensible bigot who fought against equality, but he was something else also. There were nine justices, for some reason he gets blamed for the entirety of the other four votes on social issues. Maybe because of the flair of his opinions. If nothing else that should mean something. It is a testament to something. Perhaps only him being a lightning rod for liberal hatred. So be it.

I wasn't defending his bigotry, only trying to point out that there was more to him than just that one quality. And yes, it is a significant one. He argued for the democratic process to play a greater role in these decisions and he is hated for it by many that I know. He was an outspoken, unapologetic conservative. Many of the issues that he is hated for he strongly believed should be handled by the states, however wrongfully, and that once it made it to the Supreme Court then their decision caused blanket law, or reversal. I'm not sure why people struggle seeing that the process can be just as corrupt at the summit as it can be regionally.

We live in odd times. Democracy and equality are presented as equivalents. The majority rule of the supreme court should reflect the error in that. The same effect can be witnessed elsewhere, everywhere. Ah well, I do not wish to be perceived as a defender of a bigot, so I'll stop. I wonder who the villagers will burn in effigy next.

The next chapters in the culture war should be interesting.