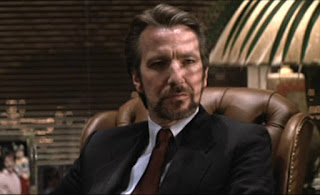 Okay, I've spent a bit of yesterday morning reading about Scalia. I'm more certain than ever that he and I stand diametrically opposed on social issues. Not that I had much question about that, but it is nice to confirm beyond all doubt. I do find it funny, how people online actually seem to think that their opinions about a justice should matter, and that his inability to "progress" in lock step with them reveals some deep character flaw. There's no doubt that he had some flaws, but they allow and even seem to prefer denying any virtues that he might have had.

The amateur legal assessments of his tenure on the court have been hilarious. The professional ones have been even more entertaining.

And yes, CS, all laws should be federal. We should do away with local government altogether and use those resources to hire more police to enforce the federal standards. Let's go National. That seems sensible. Local differences and a region's ability to make any decisions on their own should be entirely obliterated, because the feds are doing it so well already, why should states even bother. To be American is to be of a single kind, a single mind and hopefully one day a single uniform.

No more sports teams from city to city, but rather a single squad that tours the country displaying national tendencies towards exceptional athleticism and desirable genetic traits. They could tear phone books in two and tell us about the love of the President.

Okay. So, this next part has nothing to do with CS:

The title of today's post was meant to be a joke about me.

I am growing tired of self-described liberals. I would consider myself a liberal, but fuck…. these people, they are beyond tedious. They're almost as bad as conservatives, or libertarians (conservatives that can't read, or don't). Then there is the Mr. T Party, which would be even worse if they weren't so fucking funny to watch. Interacting with liberals online one really gets the feelings of what closet fascists they all are. Talk about wanting to eradicate the democratic process. More and more I'm hearing the rattling of the sabers, the tyranny of the slight majority, or the alternate cries of victimhood when they do not wield that same power in other areas.

I was trying to have a discussion with a few of them (liberals) yesterday and there was this odd feeling that kept crawling over me, some familiar and creeping sense of expected conversion. The feeling that at any moment they were going to ask me how I'd like to spend eternity, whether burning in hell, drowning in arctic water, or with the one true loving god. Every conversation, from both sides, seems to be privately informed with the fetish of pessimism. One side is always on the verge of pushing the other over the precipice of doom. The effects of social media on partisanship can not possibly be a positive one.

But, I don't have much else to do with my weekends, and it is the international liberals that seem to know best what ails America. They are the confirmed experts on what has gone terribly wrong with the American experiment, especially this Gruber fellow. He really seems to understand how things get done in America.