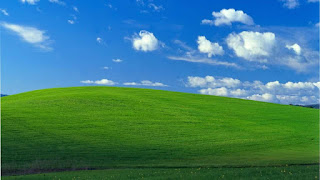 Well, I wanted to write about the encryption case with the FBI and Apple, but I just don't have it in me right now. The government is super creepy. It will become a showdown to see who really loves America. For all those on the right who are always squawking about the evils of political correctness this will give us a chance to watch them roll out their version of it: patriotic correctness. Apple is already self-associated with liberal values, so the media-ether will be filled with all sorts of baseless accusations and pressure.

Why can't we trust the government with decryption technology? Why not? They've proven over and over that they can be trusted.

A federal court held up a decision which states that police can force you to put your finger on your phone to unlock it. So, turn that feature off if you have reason to have it off, because they can not demand that you give them the code to do so. Your fingerprint, you see, is not private, what exists in your mind is, for now.

I just received my 1099-B. Ouch. I am going to have a lot of taxes to pay. I'll see what I can do to get out of them as best as I can. My CPA in LA is already working furiously on the problem. I'm sure that I'll need to dump money into a retirement account or something. I don't look forward to any of it, especially with the knowledge that some of the money that I pay in taxes will be used to fund governmental surveillance, and sometimes on me. The circle of logic is insidious.

They should institute a death tax on soldiers, so that when they do get killed in battle the government can recoup some of its losses through any remaining paycheck funds that were waiting to be paid. Fuck, just transition to only paying them at the end of every year, who knows how much money they could save.

I was not comparing my paying of taxes with the death of a soldier, one thought simply produced another, etc. That is how it sometimes works.

Well, I have a full weekend with the boy. I am looking forward to it. We might start the search for a new place to live. I am thinking of moving somewhere cheaper, perhaps Petaluma, perhaps a little further up the Sonoma Valley. My time living here on this street may be coming to a close soon. It was an experiment that had some successes and some failures, but it is not sustainable. They have raised my rent unreasonably, totally out of line with any cost of living wage increase that I might have earned.

I just found out that apartment complexes in California, or at least this region, generally will only sign one year leases then they will go month-to-month, which gives them the ability to raise your rent pretty much anytime that they want to with a 30 or 60 day warning, depending on the % increase, which they have now done. 10% increase. Well, 9.75, so they only had to give me a 30 day warning.

It's unfortunate. I had hoped to create a greater sense of stability for myself and the boy. It was a difficult year at the end of three difficult years. All years populated with the move from NYC, the birth of a child, the changing of jobs, the separation, the divorce, my father's death, an operation, the throwing out of my record collection, three small moves in one year here and then finally settling on an apartment rental that I hoped would be good for a couple years, at least.

I suppose I could bite the bullet and just pay more, but it was already more than I wanted to pay. There is the ex-wife situation, also. How can either of us effectively move on with our lives living a hundred feet down the street from one another. It begins to corrode something after a while, a sense that the chapter has ended, the page has turned.

Most of all for the boy. I wonder how important it is to let him know that it's over between his mother and I, and at what cost. Friends have described the drive between their divorced parents houses during adolescence as being among the most poignant and painful of all their childhood memories. I question how eager I am to get that ball rolling up the hill.

There are no easy answers, only endless questions, under the bluest of skies.