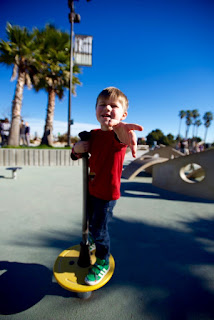 Well, the bad news finally arrived, in the form of an email from my CPA. I owe so much money in taxes that I have been contemplating sushi for lunch today. There is a "last-meal" sense of finality when I look at the figures. There are both federal and state taxes owed. I keep adding them up from both directions and verifying that the total is what it claims to be. My CPA wants me to sign off on the forms today and to write two checks.

I have begun a loose open verbal inquiry as to how the government is spending my tax money. I have started mumbling things out loud while waiting to buy coffee at McDonalds: They've ruined this damned country, and we warned 'em too! Or, I will point around the room at any exceptional reporting from the television. As if... Fox really is the only channel that tries to show both sides. You won't hear any of the liberal outlets report on those same truths.

So, my taxes. Fuck, fuck, fuck. It's as if every person in America has an unseen probation officer, one whose job it is is to verify that you are paying your federal, state, local, and personal union dues. You don't know any of this until you get really far behind on your taxes, but by then you're fucked. I have the money, but that's the problem. It's in my possession, and once money stays in my possession for too long then I want it to be mine, not the gov's. I am looking into evasion techniques, but my CPA advises against it. He says that anything clever that we might be able to do would make me look less wealthy on paper, which is what I need right now, to look good on paper.

Oh well. I go to look at a house today, with the intention of possibly purchasing it. Everywhere in Sonoma seems to be location, location, location. That is how they convince people to sign docs that agree to pay back a half a million dollars for a 2 bedroom / 1 bath cottage.  Ah well, I am tired of renting. I need more stability in my life, and I want the government to stop taxing me so much.

Part of me does not want a house, nor the immense responsibility that it becomes. The disappointments of nearly perpetual repairs and maintenance. Then, there is the other side. I am tired of not feeling as if I have a home. It took me thirty years to leave Orlando for NYC. I lived there for almost fifteen years. Since leaving NYC I have moved six times, only twice by choice. I think that people reach a certain age and they have less enthusiasm for those types of changes, or the mood strikes less often. Wanderlust starts lusting for a nicer couch.

But, I have a dark streak in me, one that is never very far from the surface. I walked past the house yesterday on foot and my first thought was, I wonder if I'll die there. A thirty year mortgage puts me at 77 years old. The boy in the pictures above and below will be 34.

There is a growing likelihood that either Donald Trump or Hillary Clinton will be the first president that he remembers. Can I count on Bernie Sanders to tell him about the polar ice caps? Even if Bernie did get voted into office he would only last one term. He's the Jimmy Carter of Santa Clauses.

Who better to tell the kid about the North Pole? 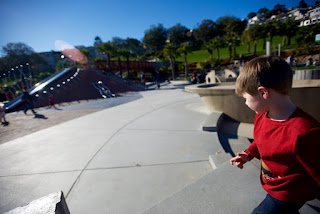 These pictures are for regular reader and commenter here, Lisa N: 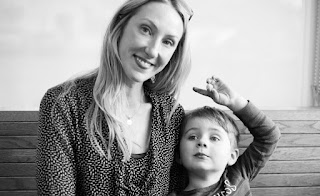 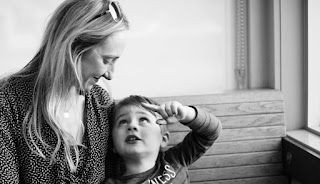