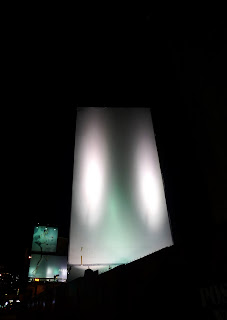 My friend sent me some Erik Satie to listen to, which has been helpful.  For some reason lately I feel claustrophobic, more than normal.  I feel as if my time off goes by far too quickly and with me not doing much of anything. I dread going to work more than usual. The time there is more excruciating than it has been in the past.  The Satie has helped a bit.  I have been trying to ignore what is happening to me. Just pretending that it is not really me that it is happening to. But that I am studying a character to shoot a film about and am just looking through the raw footage.  That has helped a bit too.

I just want to ride my bike and sweat out the demons, evil and otherwise.  But all things that I used to enjoy are now somehow the harbinger of evil.  Bike riding causes cancer of the testes, of course. Water is a radioactive threat. Oxygen has long been a useless and contaminated danger. Life has its limits. The old health is the new threat. The new health is just witch hazel, ushering in the winds of a dangerous Japanese spring, of course.

I just did 30 pushups to see if my heart could bear it.  I feel a little faint, but otherwise okay.  No heart-attack is trotting across the horizon heading towards me yet.  None visible, anyway.

The picture above is from an unmade, undeveloped, unknown, remake/sequel of "2001: A Space Iliad"

It is still in the early development stages.  I was going to change the setting to inner-city New York, of course. I was hoping to show the degeneration, the devolution of a lone, misunderstood monolith, called dil-dobelisk, told through the eyes of live-streaming security cameras.  The HAL $9000...

I did another 30 pushups. I am beginning to see the faint outline of a rider's slow approaching, on his trusted steed, Shadowfax-machine.  I have grown a beard to try to disguise myself.  We'll see.

Perhaps instead of 2001 I should work on yet another remake of the children's bible, Star Wars.

I had a conversation with a friend the other day. He was relaying to me that this site is patchy in terms of interest.  He then went on to discuss great sequels being as good as or better than the great originals. He cited Star Wars and The Empire Strikes Back.  I hadn't realized that anybody actually ever considered either of those films as great, beyond technical considerations.  But I suppose it is something to think about. There must be a children's category when discussing such things, or a category based solely on cultural phenomena... (This has only been a joke, executed by trained professionals in safe environment. Do not attempt this at home. Any likeness to persons either living or Alec Guinness is purely coincidental.)


Music from today's program provided by cafeselavy...
Posted by Sean Q6 at 8:01 AM