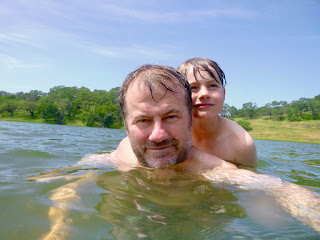 I only have a few minutes to write, am forced to rush today if I would like to get a bike ride in.

I went to visit an old friend the other night, almost a week ago now. He was back from India where he was traveling for 6 months, and Ireland, where he is originally from. We sat and chatted and ate dinner and drank good beers. We compared lives. He has no children, no partner, has never cohabited with a girlfriend. We are both getting older and I suppose we must sometimes have curiosity about the other's life.

I spent my portion of the night vocalizing the noble protectiveness of being a father.

It's great, to know what and how to love, and what must be done, and then maybe I said something else that was semi-noble.

When I gave him a ride to the place where he was staying, after three beers, I explained that the dog had eaten both the seatbelts - passenger and driver.