Lights of my Life 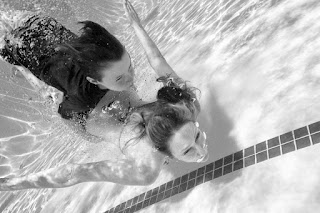 I am beginning to understand why some of the older people I know are not ever excited to see and talk to the other older people that they know - the talk turns to death, or suffering, or ailments, or strokes and heart attacks, and of course suicide. Every now and then an overdose. The infidelities have lost their power to tantalize, I guess. It seems to be the only reason some of my friends reach out to me any more, to make sure that I am aware that others my age are dying off, or suffering some horrible malady. It's really no wonder that there are others that only want to frame the image of their family's lives through social media as being healthy and happy and often traveling.

I went for a bike ride today. I was up into the hills where there is no cell signal. I couldn't escape an uneasy feeling I had, wondering what would happen if I had a heart attack. A friend's older brother just had a massive one while cycling, was 10 miles into his journey, felt bad and turned around. He collapsed somewhere in the middle of what might as well have been the 18th century. He went to someone's front door in the middle of all of that nothing and begged for help, was airlifted out eventually. It took the ambulance an hour to arrive. They summoned the helicopter.

All of that rattling through my head as I huffed up my own hill to nowhere. Well, to Jack London's Wolf House, to be more precise.

When I die I don't care how my death will be described, as long as the most appropriate word for it isn't preventable. Though unavoidable and unstoppable don't have much appeal, either. The word that I most detest is slow. That means painful. I'm certain that my insurance company is working towards making it inexpensive and are entirely unconcerned with it being pleasant. I've outgrown any desire for it to be sudden or tragic. There is barely any of the raw material left for the latter category. I've never learned a very good way to talk about death and dying.

I arrive and depart talking of myself.