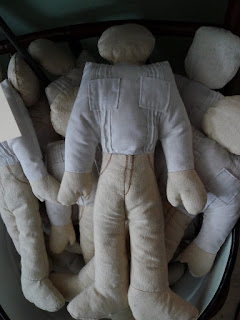 We went to France for our honeymoon - Dijon, Beaune, Lyon, Saint Paul de Vence, Paris of course, a day spent at Notre Dame which now looks as if it is burning to the ground. Or rather, burning to the stone. Tragic and yet somehow sadly fitting for this day from a purely personal perspective. Tragic for everyone except the staunchest of atheists.

I am neither sad nor nihilistic about the marriage but it failed and I would have preferred that it had not. Somewhere along the way our votes for the sustaining of the relationship lost their string of unanimous victories. There was an unexpected upset at the polls, booths, curtains, and levers. The romance forgot its democracy. The thread of consensus becomes misplaced. That's all it takes.

We worked things out, in a sense.

There are hundreds of pictures that I could pull out from our time together there, but it would take work. My computer has finally failed and I am trying to buy a new one. We'll see. It is a lot of money that I do not wish to spend. But what is a man like me - a collector of personal digital artifacts - to do?

The images of Notre Dame make me terribly sad, of course. So much loss there, wrapped up in a very symbolic place. A thousand years or more to build. One wonders how such a thing could happen, but these types of things happen often enough for all of us to know in advance: there is always some human negligence involved. Some poor French citizen working on the cathedral of his childhood imagination makes a mistake. Or, there is the negligence of human understanding, which so often results in hatred and terror. That's all it takes.

It's only Monday. I am tired and want peace, respite from all the badness, all of the bad newness.

"One day you take a look at yourself and wonder how it happened. And you realize it just did. Sloth, perhaps, and a certain admixture of fear and desire. But mostly sloth and the slow, imperceptible movement toward safety. You are not who you thought to become though you are not unrecognizable to yourself. But you are a distorted version of your youth, the smile slightly twisted, the lines around your eyes speaking of compromise." - CS