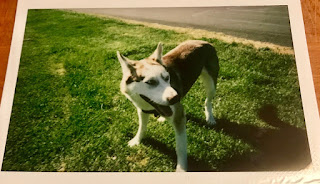 I thought of a name for the band. We need a drummer machine still, but things are really starting to come together now. Our first album will be comprised entirely of pensive jazz masterpieces.

I have been playing a handful of folk songs lately. This weekend we are meant to go camping with a group of about 40 campers and hikers, parents and kids. The Cub Scouts. Because I am useless in most daily practical matters - and everybody else was offering to roast pigs or dig trenches and latrines - I offered to play some songs that people can sing along with around the fire. Cumbaya. The others jumped on this idea - loved it, have written me emails to confirm.

I am using it more as a promotional opportunity for Public Hair's first local tour, so it's important that I shine.

Any time that we have ever had what might be considered a "musical" moment at any of these scouting events it has left me feeling less than patriotic. So, we'll maybe do Blowin' in the Wind, This Land is Your Land and On Top of Spaghetti. If those voracious folk fans demand an encore then I'll have Oh my Darling, Clementine up my sleeve. It is such a perverse and wicked song to sing to kids, but what the fuck... I've roamed and rambled and followed my footsteps.

I meditated yesterday, only for a few minutes. It gave me some insight into what an absolute wreck my inner world is.

I kept trying to talk myself into taking a short break from meditating to rub one out. As they say can happen at these times, my impediments became clear and presented themselves to me unobstructed.

I spent my time in the upright darkness, chasing away the phosphene dance of my eyelids, repeating in hushes, my mantra-ray: .... Shhhhhhut the fuck up, Shhhhhhean.....