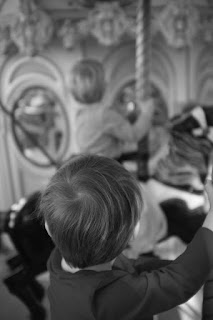 No new pics. Just a folder of old ones.

Spring returned, just in time. We had a week of nearly 90+ degree weather after what seemed like one Spring day and years of Winter. Today we will take the dog to a regional park where there is a lake that we will swim.

I bought a new computer - $3000. I hate myself for doing it but I have been spiritually hobbled by my last one suddenly failing on me. I can't say that its demise was entirely unexpected. It lasted 8 years, which is nearly miraculous for an Apple computer. I have included the details of the new one below, for my nerds. I could have upgraded to the faster processor and the improved graphics card also, but that would have been almost another thousand dollars. I won't be doing much video editing. Once it gets here and I have it up and running I will buy Lightroom and Ableton Live. The latter of the two will either make me feel cool or silly.

My hope is to start scanning the thousands of 35mm film shots I have taken, or to hire an intern to do so. It has become absurd that I have let this effort back up on me like this. I see how people become risibly eccentric as they age. They hold on to their interests in a tangential fashion. One side slips away into the abyss, losing contact with the behavior that continues, which makes no sense without any follow through. One day I'll be a cyclist that buys bikes but never rides, also.

What can I do? I like to shoot film, and I would like to have the shots I've taken. Mostly I like going through life framing what I see. Hearing the sound of the shutter click and manually winding the film. Maybe one day I will see those frames again. This morning I wondered if the new pup, Akira, would outlive me.

I have tried to convince CS to go on a photography road trip, but he is not quite up to it yet. Maybe I'll go to Berlin and do a road trip with Cato. He has dug his Sony camera out of the shipping box where it has been since he moved to Germany. He took a trip to Barcelona, which seems to have been the inspiration for finding it and charging the batteries and lifting it to his eye to press the shutter. Who knows, maybe he's one of those annoying millennials that uses the electronic viewfinder to compose his shots.

There is so much great photography out in the world. It is overwhelming, yet people are still mostly insufferable. Age softens some of those feelings, while holding the body in an arc of pain.