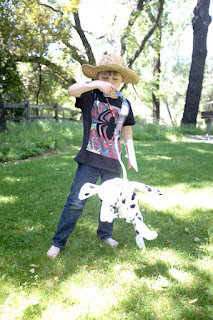 The heel had started to mend, the pain was easing. I was able to walk on it a bit without the crutches. Two more days along and it very much seemed as if I was heading towards recovery, and that recovery might arrive much sooner than I could have guessed only a few days before. Then I decided to sleep without the foot support wraps and contoured gels designed for this purpose. I woke up this morning and there's no question left concerning that choice: It was bad. I guess the slight strain of the blanket holding the foot downwards is enough to aggravate it. Actually, that's not a guess, it's what I've read and know to be true.

I don't know why I expect to heal faster than others around me, but I do. Have that expectation, I mean.

I checked my phone this morning and a friend had texted last night after I was already heading toward sleep. He has gout. There are no questions left - I am a middle aged man. My friends are getting arthritis and, for some reason, it is appearing as a surprise to them.

I saw a closeup picture of another friend's face yesterday, on social media, they were happily announcing their 40th birthday. I looked carefully at the lines, the wear marks around the eyes. Time accumulates in the folds of skin, gathering itself along the ridges that have lost their elasticity. This person was smiling and they looked happy.

How, I wondered, how?

I haven't seen my own back in years. My guess is that there are barnacles growing there now, sprouting up where there had been stray black hairs that seemed entirely new ten years ago. I'll find out about back barnacles next. I'll write about them here and a handful of my friends will confess to having had to deal with them for years, also. They'll offer advice on how best to manage spine mushrooms and butt fungus, which will be my next horrors to awake to. Something will hurt in my ass crack, like there's a seashell stuck there, an unexpected conch wedged in a place where it was neither invited nor welcomed. I'm told that if you put your lips to it then you can hear the ocean.

The internet is useful for aging people that have a grasp on how to do a Google search. There are all of these common mysteries awaiting discovery. The hideous afflictions, the indignities of time. My life has become a carnivalesque telling of the jack-in-the-box sort. There's the mad music, like being stuck at a Dutch carnival on unpleasantly strong acid, Father Time cranking up some boxed weasel that's struggling with substance issues, ambitiously waiting to pop into my life. Me, knowing that at any moment this hideous spring-loaded harlequin will come to a caricatured life and then I'll have to introduce him to all of my friends as if he is somehow interesting.

It's hard to say, a strained ligament can take months to heal...

Fascinating stuff. It serves as a barnacle for both the mind and foot, an encrustation with communication centers at both ends of my body. The fucking thing has me flanked.

First, there is the surprise of pain.

I would probably never do anything about anything if it were not for the pain. Pain is the body's system for encouraging your DNA to survive, pleasure is there for it to flourish. It's the most bizarre thing to recognize: if it were not for my son then there are days when I might just lie down in the dirt and die like a clumsy one-eyed dog.

I can't tell which would be worse, dying alone or having witnesses, in the light or in the dark, suddenly or with some warning. The atheist in me says that dying alone might be less unpleasant, but the romantic in me wants to believe that there might be one final quip worth being around for.

I want to be remembered by my inability to take anything seriously. It's the only way to love, and any fool can die that way. 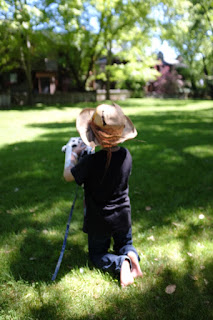