What did anybody expect? 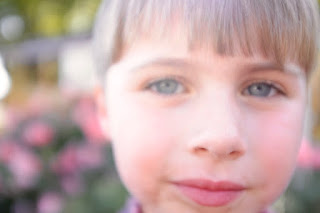 Some friends sent me the unfinished mix of an album project they are working on. I listened to it at the gym and then again in my car. My conclusion is that I wish that I had made those tracks.

What happened? I used to make music, then I stopped. Now, I barely play an instrument. They just eat up space in my apartment, for display purposes only. There are museum stanchions set up to keep visitors from touching them. I've forgotten how to make a G chord, probably, my sensibilities have atrophied. I might still be able to play barre chord versions of Louie Louie, or Wild Thing. Everything else might as well be fucking King Crimson. It is all beyond me at this point.

It's Time, there's none of it left. CS protests daily of its absence though there is perhaps more there, or more to tell.

Anybody that worships time probably shouldn't have children. Having kids is like being held in a half nelson by the Star Gate scene of 2001: A Space Odyssey. Much is sacrificed on the altar of procreation. Time stops, in a sense, at the age that you have children. Or rather, it partially starts over again at an oddly accelerated pace, with you more of a witness than participant. The way that I've found to enjoy it is to try to adopt my son's frame of mind. Once done, everything makes more sense. I was born immature. What did anybody expect? I'm trying to dismantle patriarchy by being a bad dad.

Time. I've been reading a biography on the life of Hector Berlioz. It has taken me about a month to get to page 140. He has just recently finished his Symphonie Fantastique and married the actress Harriet Smithson with Liszt as his best man. The myths are really heating up around old diabolical Berlioz.

Averaging just under four pages a day - I can hardly stand the suspense. I'll be looking for early bird dinner specials by the end of this decade.

Today would have been my father's birthday, my mother's would have fallen on Friday. They both would have both been old. My memory of mom has changed quite a bit over the years. Or rather, how I feel about those memories has. She ran a one woman campaign of suggestion and innuendo against my father my entire early life, a thing I grew to resent her for, though all is forgiven now.

Implacable stone figures of father and mother, both gone to dust. If the passing of time ever bothered either of them they never mentioned it.