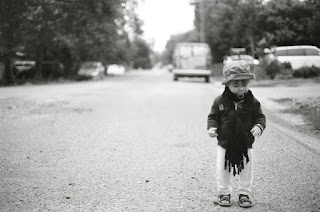 I'm going to try to give up coffee for a bit. I'm not sure when I started drinking it every day, but I started drinking it regularly when I worked the overnight shift at Apple, near Central Park. I would walk out into the cold darkness and wander off to one of the local 24 hour delis. It was just coffee in a styrofoam cup with cream and sugar, but it was always warm and often good. Then, I transitioned to the Soho store. I started drinking Italian coffee at Alessi, then branched out from there to some of the smaller, independently owned places, where exotic coffee beans were sold at even higher prices.

The neighborhood coffee shops in the winter were all very inviting, warm places to go sit and read in relative peace while on my lunch break. There were familiar people in coffee shops at night, locals. Soho has many charms, a few coffee shops among them. There are a handful of bars that are similar, like the Fanelli Cafe, where one can sit pleasantly and enjoy a pint of beer, solace from the streets.

One of my main shocks when moving to California was that people here don't seem to know not to interrupt you when you're reading a book. In fact, it must seem like an invitation to talk to you, the novelty of it all: an actual book made of paper pages by an author whose name I should recognize. It's maddening, they don't seem to understand that reading is what one chooses to do instead of talking.

My Earl Grey tea has not gripped me this morning as my coffee once did. I wonder if it ever will. It tastes like methadone feels. I would have to drink more than it's worth to render it worthwhile. It won't last, though. I'm only shifting to tea for three days before I really go nuts and give up everything I love. It's a cleanse. Every so often I embrace health desperately, clinging to it like a frightened retiree trapped in a tempest.

Fuck. I just looked up the phrase "cold turkey" and started reading about the dangers therein. I had no idea that all of this alcohol and the many barbiturates and my favorite benzodiazepines were bad for me. Stopping them abruptly is apparently an absolute horror, a genuine threat to my health and well-being. Good thing I found out about that, first. The internet warns against the cessation of all the good things in life.

No. I live a reasonably modest and simple life, now. Soon, riding in a taxi will seem cosmopolitan to me again. I'll go into a city and marvel at all the tall buildings, wander around confused and eating an apple at subway stations, smiling and nodding at people, always looking up in wonder, stopping every so often to strike up a chat.

Hey, whatcha readin' there? Looks like a real classic.