How I yearned to stop wearying (and love the bombs) 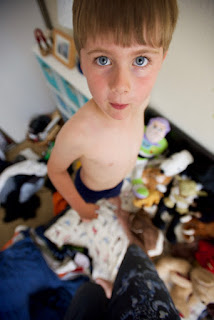 It occurred to me a few days ago that the evil that Trump has brought on me is that some of my natural and healthy cynicism crept up on me and became pessimism. I could hear it in my voice, that exasperated yet deflated tone of near-anger. If not anger, then too close in proximity for it to sit and stay. It's made me feel old, or at least middle-aged, neither of which are goals for anybody that isn't dying.

My online friends seem universally upset that he has the launch codes, convinced that he's an admitted rapist - supported, of course, by Melania's recent hand slap - and yet titillated by the fact that he is a vainglorious and media obsessed blundering demagogue. Something about that equation, or series of observations, eats at me. He is a shit, no question about it, and deserving of all the pent up hatred that each generation can muster, certainly. Each demographic can't seem to get enough of hating him, unless they like him. It's clear that he is a confused old megalomaniac that is alone in the world and starting to realize it, through the external eyes of the television. He certainly has been good for his ratings. He almost seems encouraged by America's frustration towards him where he used to seem motivated by their hatred of others.

This newest groundswell of division among the two peoples of America doesn't speak to me any more. It seems an ignoble result to an overly manipulated populace. Or, maybe that's just how one feels at this age. I'm not sure what any revolution that might come out of this mess would look like but I already oppose it for the obvious reason that the result will be neither enhancement nor improvement.

I've often thought, Fuck Everybody. Now I can feel it, also. It's not the same when it comes from the vitals. It's sickening.

Someone once told me, An angry young man becomes an angry old man - best not to become that.

So, try to laugh it off, I tell myself. My son says, penis-butt-fart!

That often makes me giggle. He says it with such youthful passion and conviction.