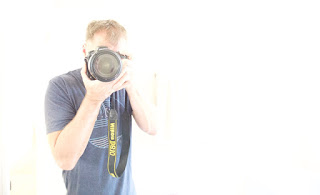 The boy was asking questions yesterday about life and death, the length of one and the finality of the other. I tried to explain to him that I am in my middle years, somewhere between where he is and his grandpa, the one that is still alive. Astute boy that he is, he had many questions about my death. A certain amount of telling him not to worry about it, that it was a very long way away, worked. The other part was filled with my explaining that aging is just how things go, and that one day he would be a grown man, maybe with his own son or daughter.

I left out the part that sometimes things don't work out that way, that they almost did for me. I left out that there are some parents that outlive their children, rendering them as carapaces of the past, ghosts wandering the shore. There are so few guarantees in life, except the one that we spend our lives ignoring. It is a thought so terrible that I have become more like his mother in that one regard, not wishing to verbalize such a thing, as if that might somehow usher in the reality of it. Witchcraft, of course, might be only silly superstition, but verbalizing things does make them more real in at least one way, without any help at all from witchcraft, unless language is counted among the dark arts . Each telling is stylized to some degree. It is all that anyone can do, create some stylization to their life.

It is part of why parents become so laughable. They have a mitigated ability to create much new style for themselves. The weight of children bend downward the branches out of need. The family tree still sways in the wind, where once it was felt as the breeze of leisure, now indicates an arriving storm even on the clearest of days. A gear inside the self starts turning and never stops. The mind becomes a machine that creates worries. I have forgotten what a vacation feels like, and I might not ever know again. That sense of being carefree elsewhere, once I have tired of my own domestic insouciance. Now, I worry no matter where I am, no matter how far I go. Will there be enough for this, or that. Will there be time. What will I do. How will I get there. Will I come back. How. How. How, indeed.

Some days it is all that I can think, though we are reminded in many ways that verbalizing our fears is a weakness. Articulation should only be used in the service of pleasing others.

A close friend once sent a picture - the last and only of its kind - of him standing by his father's hospital bedside at the end. I believe it was near a holiday, possibly Christmas. He was still a child, hardly yet in his teens. His father, of course, passed shortly thereafter, which affected in some way how my friend unfolded thereafter. You can feel it within some people, the jarring loss that shapes all the rest. It is a difficult image to escape. The mind projects and imagines, those things are made most real through the repetition of fantasy, memories to the one in whom they wander.