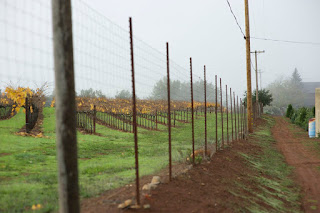 The earlier post started as a description of a bike ride. That one sentence kept getting pushed down the page until it was no more.

I have gone on two rides today, both of equal length, both along a route that is as beautiful as anything I've ever seen, and have seen it often. It is the strongest argument against something that I'm not quite sure of. But I'm certain that it's the right thing, so charming it need not prove itself, nor ask anything of the viewer, and never has to argue for itself.

The ride that I just finished was through the flat part of the valley along the open roads where the shadows start to stretch across the curves and plains of the land. The hills turn amber golden, and all of that.

coming from the wet hill
descending upon a grove in season
turning our heads, an apricot falls

and all of that.