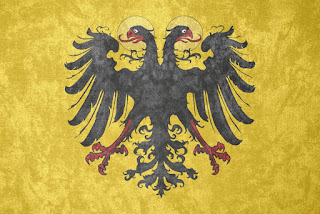 Religion is a poison. It corrupts nearly everything that it touches. People are too dim to prevent it, so they get out of it exactly what they deserve: imaginary legitimacy, without need of external verification. Everybody wants to purify something, or somebody. Gun ownership is the same, some imaginary something, some deep rooted biblical need to light something up with hot lead. I've never met a gun owner that won't willingly spin up a few imagined shooting tales. They always involve someone raping your wife and/or children, a mysterious sort of criminal that darkly enters the story not unlike most characters enter a porn scene. They magically end up at the sacred bedroom door every single time, wishing to do bad things to your women. Possibly you, too.

Nothing excites a gun owner more than the idea of you being raped while your gunless family is forced to watch. Cops, in particular, love gang rape scenarios. It's all they can talk about some days.

If you had the gun, then at least you would have had a chance, but no, you chose to be a little pussy and now you're getting raped while your son watches. You'll have to deal with his homosexuality for the rest of his life. That is, if your new boyfriend doesn't end it right there for you once and for all.

It's no wonder that these honchos are all ready to kill. They've been living with family rape scenarios going on in their head for so long it is a testament to their noble character that they haven't started slaughtering already. Some of them have, I guess. When they get to the part about asking me what I'm going to do while my wife is being raped I always ask if the guy has a big cock or not, because that might influence my decisions. This always throws them off the trail for a minute or two. I try to get them to describe the scene more fully. Flesh it out a bit, etc.

What types of screams? Be more specific. I need actionable information!

And people think that I'm fucked up. It almost makes me want to buy a gun, just to see how uneasy the pro-gun crowd would become at such a thing. There are only two types of people in their world, the armed and unarmed. Among the well-armed, defense of rape is the imaginary crime of choice.

I don't really want a gun. I understand the basics of them and am not that impressed. I've shot a .357 Magnum and a few others. It didn't give me a hard-on, even though I have a healthy appreciation for machinery of many kinds.

Maybe that is the problem - not that I am less than titillated at handheld firepower - but that these people are attempting to satisfy the external verification component of their divine legitimacy. I mean, what could possibly please god more than killing 50+ homosexuals at a nightclub.

Somebody needs to put a stop to gayness. It is a sin in most gods' eyes. Mine, definitely. My god be a great super-male.

No gods have yet come out as being pro-gay. None that I'm aware of, maybe one of the new guys.

It really does make you wonder, that there are people so confused in their internal monologue that they have worked themselves into a frenzy to kill because they believe that it would please their god. Not believe, but know. They know it will please their god. Because all gods are homophobes, also. Only a queer would pray to a pro-gay god. That's a no-brainer. Few things are more comical than gay Christians, truly. How they ever found forgiveness in their hearts for the God of the Old Testament is beyond me.

Liberals don't know what the fuck do do. They think that they can out-liberal religious hatred with coziness. Feeling good about things must be powerfully seductive, to magically conceal from them that their stance on most issues is incommensurate with the issues themselves. They want to purify the world of unpleasantness, though that is also their strategy, annoying people into submission. How do you discuss war with somebody who's given it only enough thought to be against it.

As much as I can hardly stand liberal rhetoric they're still way better than what is found on the other side of the country. Though, at least conservatives understand violence. It's difficult to tell if they are against it or not, but they acknowledge that it is a reality. Liberals are useless, though now is as good a time as any to remind all reading here that I am also against violence, and basically a liberal. I'm not against all violence, of course, but the bad kind, you know, where innocent people get hurt. I have no problem with any type of violence unleashed against people that seem to deserve it online. I just don't want violence against my friends, or close group, that's when I get really angry, when it doesn't seem justified by my sensibilities.

I'm no better than most liberals, I know. I would do away with the 2nd amendment if I could. It is useless, a true disaster. I would, at the very least, remove the part about bearing arms. It would just state that a militia is necessary to the proper functioning of a free state. That would be it, more of a statement than a right. Let's see if everybody can somehow misinterpret that.

Everybody is a constitutionalist. I used to be, until one day... I read back over what I had typed and was about to post online, it suddenly dawned on me… That was the dumbest shit that I had ever written - and I've written volumes here, millions of words - yet looking at my constitutional defense of gun ownership the whole bottom just fell out of it, like an overfilled diaper. It's the stupidest shit I've ever heard. It doesn't work. It was there as a by-product of the fear of slave revolt and as a response to Shay's rebellion. People became very concerned about the protection of their property, so the amendments were built to resemble the commandments, in one way. Protect the owners!

I'm oversimplifying, of course, but fuck it. Pretend I'm just shooting ideas into a crowd. I'm not going to get everything right with every sentence. Some sentences will just hit the walls.

Fuck it. I want to buy a gun range, with an attached gun store, all of that. A pickup truck, gun rack, bloodhound… I'll call it the "Enemies of Christendom" in case anybody has any fucking questions about where I stand on the only issue that matters. I'll pray to Mecca every now and then just to keep things interesting. I'd love to have a wife or two, not dressed in full burkas of course but every now and then to have them behind a racy hijab.

Fuck, I don't know. Maybe I won't want to get married again, though the veil doth tempt.

This is no lie. An online friend spelled out for me how a trained handgun owner could have accomplished the same damage in that nightclub as a halfwit with an assault rifle. The point of his educational story was that this same atrocity could have been done more economically. This was told presumably to argue against banning assault rifles, as if no corollary whatsoever exists between them and mass shootings. His very pragmatic reasoning was that because it can happen otherwise there must not be an actual connection between the guns used and the style of killing.

I was then tutored in the details of projected mechanical force, because without a clear understanding of guns one does not get to participate in the national conversation. Now, I'm no naif but I'll admit that there is much that I do not know about guns, and have little interest in filling in those gaps of knowledge. This does not preclude me from looking at the results and being able to understand them. The gun crowd only seems to be willing to speak to the enthusiastic gun crowd on the issues that matter.

The narrative ended with an invitation to go to a gun range, which I just might do, for number of reasons but most of all to entertain his close group with my own rape fantasies, which I have been tailoring to suit what I believe to be the mood of the many shooters that I might meet that day. I have prepared a scenario in which I emerge victorious against the family rapers with the use of a well concealed boomerang. After the laughter in which they assume that I'm kidding then I'll very seriously claim that the boomerang is my chosen weapon for home defense. That, and a handful of authentic ninja throwing stars, maybe an old pair of chain-linked nunchucks.

People are out of their minds, it's no little wonder why that is.

NRA confirms, still no connection between this and all other mass shootings, encourages local law enforcement to look into "confined spaces" as a possible lead.

Post-script: I understand that many now claim that the killer's motivation was not religious. This changes nothing about my opinions, of course. Religion inculcates its adherents with this specific form of hatred. Also, if I don't trust someone to not buy into their own religious mumblings then I sure as fuck don't trust them when they try to tell me what-is-what about the source of their homophobia.