All that is botched can be yours 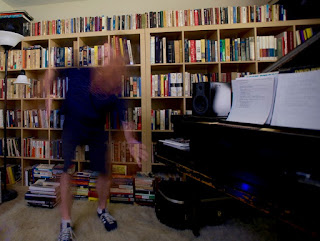 Sleep causes more sleep, lethargy. I had a lazy Sunday - home all day, working from bed - which led to an early night and then 12 hours of semi-sleep filled with restless and half-remembered dreams, whispers from the shadows of madness, kernels of truth. Those that attempt to derive meaning from dreams get exactly what they deserve, and almost always what they wish most to expect. If you seek your inner psychic, then look no further than your own dreams.

The only message that dreams have ever conveyed to me is that I have unexpected fears, pleasures, and memories, and that they all coexist in a much smaller space than I tell myself when awake.

There is that one recurring night vision… swimming naked with my teenage girlfriend in a pool of armadillo afterbirth. I'm not sure which category that belongs in. Perhaps "post-pregnancy road-kill" qualifies as a fourth component of the dream world. I think she planted that one there. She was a sorceress' apprentice, had the deadliest periods of anybody that I've ever met. You'd swerve to avoid them, but there was never any denying that they were there. There was just the silence in the car, the headlights stretching into the present, pretending it hadn't happened, wishing that it had not crawled out of the woods to cause itself such recurring disaster.

Nature can be so unfortunate.

The mind needs stories, so it strings together the nearly random firing of synapses into a pattern that resembles a narrative. Some discover a mystical thing there to cling to. I have the misfortune of having Amy Fisher in mine. Not as she is now - reformed from crime, ex-porn-star, but as the young criminal killer that she was.

Or, rather: failed criminal killer. Her poor aim was her most redeeming quality. Lucky girl. 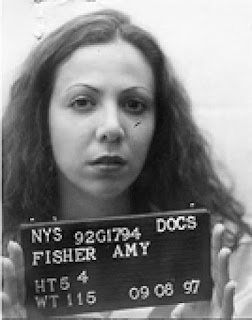 The world is fucked up. Everybody is out of their minds. Neurosis is just the inability to conceal it, or impulse to convey it. Everybody that I know has a little bit of both. I must. I mean, have you read the shit that I post here? It doesn't make any sense, at all. There are companies that won't hire me because of the types of honesty that I am willing to export into the wild. I function mostly as a human that has been safely released back into captivity.

There is something that I've heard many people say, though never to me: You really need to get more in touch with your feelings.