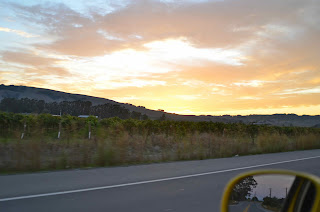 Yesterday, a friend (Lisa) gave me two books on hiking in the region.  They are both filled with useful information about the dangers, the history, the climate, the hikes.  I am eager to get started with them. One is exclusively for Sonoma County and the other is for the entire San Francisco area.  It seems unlikely that I will exhaust either of them quickly.  Flipping through them, there are many hikes in the area worth taking.
The second book covers Napa and Sonoma, Marin, The East Bay, The Peninsula and The Southern Bay all the way down to Santa Cruz.  A very exciting region, one that I have often romanticized. I once drove down the coast southwards through Big Sur, camping along the way, continuing on to Hearst Castle for a day trip there to enjoy its confused collections.  Xanadu, according to Orson Welles' version of the story.
I am eager to get in the car and drive, perhaps later today, with camera, some water and a hiking book.  Yesterday I did only a small handful of the things that I had hoped to do. None after I started drinking wine, which was also on my list.  Today perhaps I will go to Sugarloaf and walk a bit.  Today is a "new moon," a day in the lunar cycle that often has significance for myself and Rachel.  We will see what secrets the day reveals.


I worry about hiking in this area though...
There are rattlesnakes in this region.  We were at Buena Vista winery about two months ago and two had recently come up from the river area, they were frightened away by one of the groundskeepers.  We were at the Kunde winery a few weeks ago and Rachel was walking a few steps ahead of me when she suddenly stepped aside with the dog, Barkley.  She drew my attention to the ground where there was a baby rattlesnake, the most dangerous kind. They have no control over how much poison they release so they are very dangerous, a bite from a baby rattlesnake is often fatal, most certainly so to a small dog.  The prospect of one biting a pregnant woman is too horrific to consider.  It's a good thing that he was on a leash. He has an insatiable puppy curiosity towards all things. 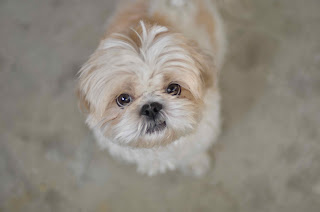