a ghost about ghosts 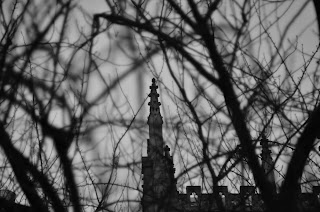 Nightmares. They are easy to forget when you have not had them for a while.  I have not had any since arriving in California. None that I can remember anyway.  Then there was last night, there were many.  A series of misadventures.  I was like a sleeping Amy Winehouse, just pulled back from the non-event horizon.  All manner of evils parading through my slumber, mocking me with their dark laughter.

It was a bad night, chasing obsessions, ending in paranoias.  Each person I assume must have a vortex that they are best to not wander near, that once they enter it, by will or by accident, then they are lost to all other impulses.  Without explanation they emerge on the other side grasping for meaning, knowing what happened, but unable to explain.... like trying to explain a dream.  You might be able to announce the nouns, it becomes increasingly difficult to express the verbs, impossible to paint the amorphous setting exactly as it was, the liquid inner transitional scenes lost to language.  It is the mind's mercury: fascinating to watch, poisonous to ingest.  Moving through sleep like many metallic snakes.
I am often puzzled by people who enjoy horror films. There are those who are genuinely frightened by them, yet they return to them time after time, for that pleasure.  Even the ones they have seen many times before, they return as if hypnotized.  It is difficult to understand what it is they see in them, what experience they could possibly be gaining.

Can there be such a thing as artificial surprise.
Do we all return only to return, to re-experience the returning.
Or, is life only a ghost about ghosts. 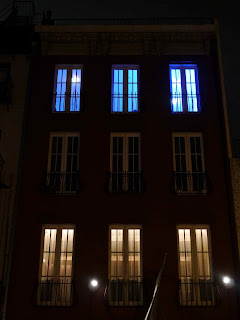