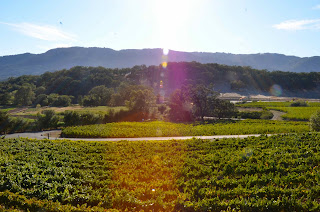 So the U.S. government has taken it upon themselves to start killing American citizens. No trial, no recourse, nothing to stop them.  Seems troublesome.  They have found a way to perform these assassinations in a way that makes them feel justified, I guess.

The other day on Facebook I saw somebody had posted an image about guns not killing people, implying only people kill people.  A woman commented that the only people that should have guns are the cops.  I referenced Kent State. She lost her mind.  Telling me that I'm a hypocrite and deriding me in other ways.  I responded in kind, letting her know that to be a hypocrite you must profess one belief while behaving otherwise.  I'm not sure I want to live in a state where the one legally funded group that has consistently abused their power already are the only ones with guns.


Ok, I have to go to work today.  Life might be perfect here in some ways but I still haven't figured out how to live here only by doing what I love doing.
Pat Robertson could probably explain better than I can why it has rained for 24 hours straight in Florida, but whatever the reason I'll agree with God's messenger.  He's been right on every issue so far....