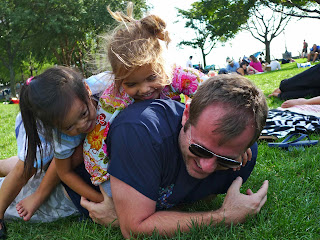 I used to be a performing artist and I traveled quite extensively for many years doing that.  Don't let my aggrandizement fool you, I was just a dj.  I eventually got out of it because it was getting too difficult to sustain myself financially and I realized that the woman I wanted to marry was not going to marry me. The lifestyle of a working dj can be somewhat prohibitive in that regard.  Also, as I was heading towards being 40 I started to realize that being a dj after 40 might not be as cool as I thought it was in my 20's and 30's.  So I got a job at a computer company, where I've been ever since, coming up on 5 years there, something nobody thought possible at the time that I took the job.
But as the dj'ing thing was winding down for me I still spent much of my time going from city to city, meeting people, and doing their drugs for them.  The best times a dj has are often at after-parties, events that will linger on for days sometimes.  I was almost universally surrounded by people that were younger than me, another warning sign that it became impossible not to notice or respond to.  But whenever anybody would ask my age I would always respond with "43."  I was only in my mid 30's at the time but for some reason nobody would challenge me on my claim. There was something about the number 43 that seemed to prevent any need for proof.  It is an odd, unlikely number.
People would almost always respond in the same way... They would say that I looked great for 43 and they would have guessed that I was 35, at the most.  I thought my little game was funny, sometimes I would tell them that I was lying, sometimes not.  Drugs do a funny thing to your mood and sense of self, and being a dj does not exactly produce sentiments of truthfulness and honesty at all times, in all places.  Nor does it always elicit similar responses in kind.
But now I am turning 43 and those days are very far off from me.  Well, perhaps that's an exaggeration.  I just got kicked out of an after-party in NYC about a year ago for being obnoxious.  They were quite right to have kicked me out, of course.  I let a combination of various drugs gets the best of me and I became rude and even a touch dangerous. The thing that finally pushed them over the top was that I rode a bike through their apartment, ostensibly making an escape.  They demanded that I leave shortly thereafter.  I understood, I was somewhat surprised I had to go to those lengths before they asked me to leave. I had given them ample opportunity prior to that.  But some people are hesitant to act rashly and drugs compromise a person's sense of judgement, they say.
But as for turning 43.... I'm precisely where I thought that I would be in life at 33.  I am married, my wife is pregnant, we've moved from the city, and I haven't been kicked out of any bars or parties in months, knock on wood....
I worry that I am too old to be a father, that by the time my child (or children) are in their teen years that I will be completely out of touch with the world they live in.  I try to stay young in my heart and mind but it is a challenge.  I want the world to be more like it was in my teen years, much less like it is now.
All people must feel that way, I guess.

It is not sagacity that one gains with age,  but rather inertia and perseverance, disguised as wisdom, I hope. 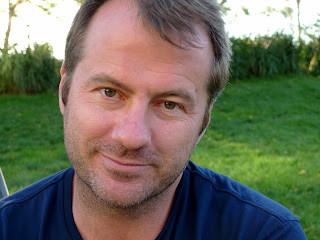