Henry Rollins is an aneurism for Hell Inn, Sorry.... 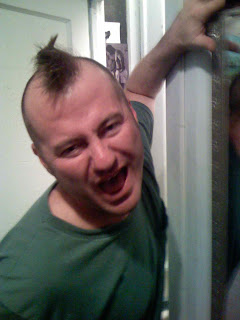 (Henry Rollins, meathead)
I found an email with a bunch of old poems in it, hence the recent posts.  I was disappointed to read most of my old poems. They were very easily recognized as imitations of various other poets, mostly Bukowski.  Some lines were stolen almost word for word, unashamedly.  I'll claim that is the nature of poetry, etc.  There were only a small handful that stood out on their own.  I once read that a poet never finishes a poem he just abandons it. I just did a search to find out who said it, it seems to have either been Valery or Verlaine. Valery seems more plausible.

I made a joke about having "POETRY in my heart" in the comments section at Selavy, telling him that he was a stinkin' hippie farmer.  He enthusiastically agreed, and went on to further elucidate that it is the same type poetry as Henry Rollins has in his heart. This is funny, of course. I'm sure he knows that I execrate Rollins.  His tired ranting and posturing as a petrified punk intellectual would be tedious if I paid any attention to it.  He's an angry old man, nothing more.  I'm sure he must have some insights but I can hardly hear them, or care.  I can never make it past his angry flatulent tirades.
I saw a youtube video where he gets into a one-man insult-fest with some girls in a record store because they committed the crime of recognizing him.  It's important to note that he had a camera on him inside this record store, as he was being interviewed for a television show.  All they did was acknowledge him and this was enough for him to rant about the evils of being young, and the potentially sinful act of wearing t-shirts, or having a family that possibly believes in them and wants them to be educated.  All sins in Rollins twisted view of life and living, because only his authenticity is genuine.  Henry Rollins is a rap-ist. He 's not a rapper. He just seeks that level of unquestioned authenticity.  He's just a white guy forcing his individualism down the ears of anybody that's still listening.

Heminen Rollins, Rap-ist.
I wish one of the girls would have maced the dumb fucker and then filed harassment charges.  Let me see if I can find the video... here it is. 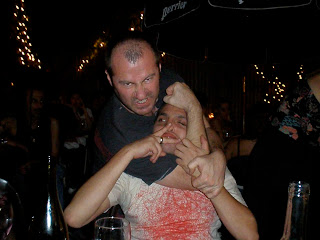 (Henry Rollins, discussing music)
He berates a group of people sitting in the record store/coffee shop for recognizing him and his work, assumes they're being derogatory and launches a counter-attack based on his paranoia and supposedly injured pride.  One of the girls even states that maybe she doesn't want to be in his video. This doesn't stop him. He turns the incident into an opportunity to flex his anger at others he feels threatened by.  He's a spud.  He's a real spoken-word rappist.
I'm sure he stands up for righteousness, but there seems to be nothing at all subtle about him.  He's like a Spalding Gray with retard strength.  One lonely Beastie he be... Jesus, he must be close to my age, maybe a few years older than me. How shameful.  That is no way for a grown man to act.  Maybe he had just gotten a hip replacement and he was in a fighting mood. Maybe he was fighting off pain killers with pain.

Ok, I've exhausted my feelings about Henry Rollins for now.  Who knows maybe one day soon I'll be singing his praises from the tree tops, or jail cell...
People have made comparisons between myself and Henry Rollins for many years, especially when I have my head shaved, and start talking at people rather than with them.  It troubles me, but what can one do?  The more I deny or resist it then the more it will stick.  I do love to rant.... 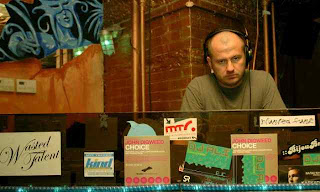 (Henry Rollins, pissed off about caring so much)
Selavy knows that I am disgusted and frightened by age, his mostly. Mine also, but to a much lesser degree.  Old people are disgusting.  I am in constant fear that they will touch me and I'll become old also. Well, older anyway.  I guess it's because I never knew my grandparents.  They were all dead before I was born, or died as quickly as they could after that.  My mother died before she was old and my father is getting old now.  In fact, he has arrived. I suppose he's alright.  He is shrinking up at such an astonishing rate that I'm certain one day he's just going to be gone, nobody will know what happened, like one of those cats that are born bald.  But I'll know...  He will have turned into 12 gold coins and be hidden under the nearest bridge, possibly because a dwarf touched his forehead with his magic digit.
It's science.
No, I promised I wouldn't talk like that any more.  He's old and I love him much.  It has been a long road getting to this point and I should show more respect to the actualities of it.  I have not been the easiest son to love.  I am a parent's wet nightmare.  I'm sure he has woken up in the night weeping for me, unsure of every aspect of my character and life, regretting the missed opportunities to steer and guide my life in a better, more substantial way.
But I do love him.
There, I said it.  That was partially to keep my wife happy.  I know that midget, retard-strength, magic gold coin talk does not make her very happy.  She always just closes her eyes and firmly says three times, "Stop it!"... It must be some esoteric magical incantation because it works, magically so.  I'll stop talking but am still overcome with an occasional giggle from within, bubbles of the stuff, gifts from orpheus.... though I can still hear the echoes of Stop it! in the room....
Magic sure is strange stuff.... I should see what my Facebook psychic/friends have to say about it.