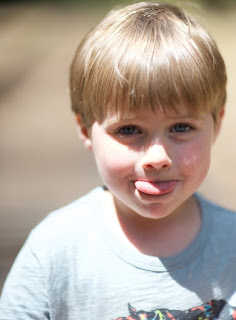 Well, Caitlyn cost me a few friends. Or, it may have been Evilyn. Who knows. I did not take the subject seriously enough for some. There is no pleasing everybody and it is impossible to match everyone's level of sanctimoniousness just perfectly. There are just too many variables involved. Only a mirror can reflect the full spectrum of light, sending back all of the wavelengths that are not absorbed by the object itself.

One reader went so far as to to say, A straight man will never understand what it's like… Insinuating presumably that only gay men are born with the gifts of empathy and understanding. I wasn't speaking for Caitlyn, I was speaking about her. One reader, at least, noticed that much. For many, her courage is beyond question and certainly beyond the grasp of a straight man.

I acknowledge that any form of "coming out" is a difficult and significant event in a person's life. The point that I was trying to make is that many have no such support system to applaud them when and if they do. Courage is as much about walking and standing alone as it is about being welcomed with a ticker-tape parade. This is in no way meant to belittle the courage that is required for anybody to announce themselves to the world other than what the world has come to thus far expect from them. It is merely a recognition that most do not get any support for their beliefs or impulses concerning self, unorthodox or not.

Also, Kim and Kanye were on the cover of Vogue, not Vanity Fair. Oops.

Well, I would write more today but I am busy getting back in to the work week. I only had a one day weekend, which I spent lying in bed, mostly, then watching SF lose to Cleveland in game two of the NBA Finals. Then back to bed, then back to work. When I awoke and checked the newsstands I still had yet to arrive on the cover.