"I preminisced no return of the salad days" 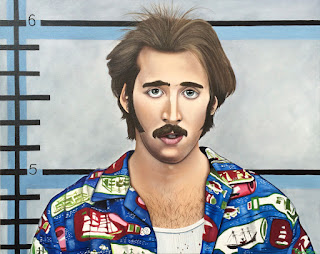 Well, the party is over.

I haven't heard what the doctor has to say now, but I know that it's not good. I have seen and spoken with him before. He was kindly descriptive in his analysis of the condition. There will need to be at least one operation, perhaps more, depending. There is zero chance of survival, of course. No one ever gets that lucky. Don't worry. I might very well have a long and healthy life afterwards, but he doubts it.

Everything reminds or encourages one that they will die one day, if the facts and shadows are thought out towards completion.

My son reminds me most of all; the ever-boy.

He asks each second or third day now to, Please don't die, Daddy... He first confirms that I will one day die, just as his two grandfathers recently did, then he asks me if I'm doing everything in my power to prevent it, a phrase that I planted in the rich fertility of his mind. He often repeats my wisdom to me, buoyant as a curse. How else does one respond to such a question, from such a source?

Then, he dutifully asks me if Mommy is going to die, also?

No, never, not like Daddys do every now and then. Daddys are much less reliable than Mommys, generally speaking. Have you noticed that?… A Mommy's love is eternal. Think about that, son. It is like the Sun, it arrives whether you want it or not. Mine, you might still have to work for, little buddy. It's like the moon, it disappears every time you run for a Frisbee.

Well, I don't tell him all of that.
He needs me. I like that.

It's too much for his mind right now, or perhaps my conception of him is too small. I know that denying death is a lie - if you believe in the semantics of such words - but, it invites the heat of a very traditional hell deep into my heart, where it seems to belong. I can feel it in my stomach, then sometimes south of there. As Taco Bell does, lies run right through me.

I shouldn't do it, but I'm just not ready to have that conversation with him, yet.

He has penetrating eyes, a very questioning voice, in such way that I prefer to always have answers for his ears. There are some questions that I have yet to work out responses for - the death of Mommy and Daddy are among those. I don't even pretend to have an answer for my half of the problem.

Some say that you should not treat a child like a child, that you speak to them about serious matters with open honesty.

I say, Fuck That… They are only kids, don't pollute their minds with what pollutes ours.

Last night, I read to him generously from Peter Pan, assuring him at every questionable pirate's long-cannon shot into the clouds that this is as true as life gets: you'll always have to run cover for those you really love, and even the ones you might choose to fly with; the cannonballs will just keep coming, and that nobody ever ages in Neverland; not Hook, nor Croc, nor even silly Smee….

Never forget that, son, the irony of any tale so filled with love and romance.

Smee gets to laugh along, too.

Smee, son, Smee
Be loveable, likeable
But, be and be.