I've been workin' mister, since the day that I was born 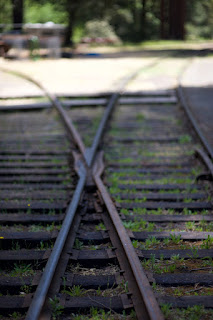 Well I may be right and I may be wrong, but you gonna' miss me when I'm gone…  - Lead Belly 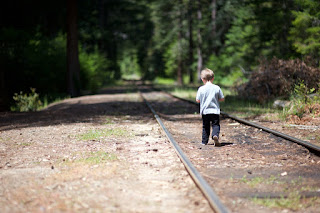 Oh sweet friends, I have figured out this life thing, for ill or else. It was easier than I had made it out to be:


You jus' gotta get in the car while it runs, hope that it has wheels on the road, and then you gotta' go, go, go, and go... with the music loud, the windows open, until the going becomes the living and the wind loves your music as does the sound of the future hitting your car at 9 to 11 miles per hour over the posted limits when nobody's watching. Departure resolves into adventure, like music you've never heard yet. Trus' it.


That's what I'm gonna' do from here on out. I promise, fuckers.


I've been lately listening to some of the blues that I so deeply loved* as a younger man… … also folk, and some country, too… before electronics arrived to pervert my sensibilities, leaving me half-ruined to the experimental chemistry of my peers, much to my astonished amazement and recurring pleasures.

Something inside of me has let go, and is fast goin' go-go.


An obligation that I had promised would be a life-long vow - Ah' well … since signing the divorce papers I have happened upon the simplest thing in the world: I owe one less person in the world everything and yet nothing; am bound by a vacuum of lost sentiment in which a delicate boy floats between us.

No feelings of that dedicated love will direct my future again, profound or trivial. My only self-accepted responsibility now is to live a life that my son would want to participate in. It's dumbfounding how easy it all is, perplexing how long it took for the realization to grip me like a sentence. I must be part obtuse.


Men are mistreated. Vows and promises were a male invention, and few women will ever let you forget it. It's called feminism, a textual expectation of ideas.

If divorce was easier then everybody would do it. Just demand that others keep the word to which you refuse to subscribe.

It's easy, all you need is law.

The song embedded above is one of my favorite songs, performed by Bruce Springsteen, written by Woody Guthrie.

I'm stranded on this road that goes from sea to sea

A hundred thousand others are stranded here with me

I 'aint got no home in this world any more 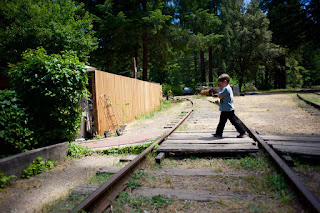 Adventure, that's what's needed now. I'm boyish enough to indulge, man enough to demand what my life will be next. Some part of this thing within me remains, against adverse odds and many efforts.


Time is a matter of these degrees; not temperature, but crossing temperaments all, in all ways. 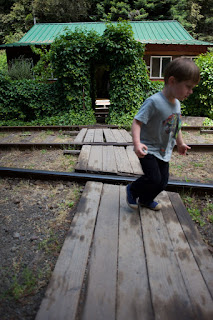 Well, I've seen better days, but I 'aint puttin' up with these.

* - That link is a poor example, one that I played while writing this. Ry Cooder is a hero in the guitar world. To be clear: I have never before referenced a Ralph Macchio film on my blog and I felt strongly enough about this fact to document the disparity between his body of work, the music contained therein, and my efforts documented here.