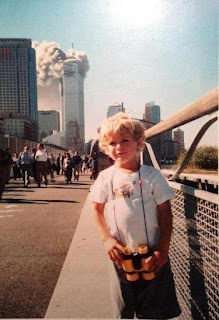 Ugh. I dreamed all night about things lost or vanished; my mother and father, old friends, places I've lived, dirt roads, my youth, the first car I owned, past love and lovers. I dreamed of old albums playing, ones that I haven't heard or thought of in years or more, decades.

Then, my alarm went off promptly at 4:30. That's ante meridiem. I had put off doing a household chore that had to be accomplished before leaving for the city. Everything had to come out of the kitchen cabinets so that the property management company could treat the place for bugs. They had done this once before and I had finished my part to completion. When I came home I found that they had not sprayed, that the notice was put on my door in error. So, again we'll try. It only took me about 45 minutes to complete this modest task, but to act in such a rushed way so early in the morning is not something that I relish. I barely had time to drink my second cup of coffee and then I rushed to shower and get out the door, still sweating after the shower and getting dressed in the dark.

I read the note they had left before departing. It said that I needed to wait for them all day, 9am-5pm, to let them in, then I needed to leave the apartment for at least three hours while they were treating the place. People really are out of their minds in so many ways, but in particular with their expectations of what you are going to do for them. I've never seen a bug in the place, nor do I want to. They expect me to take a day off from work so that they can maintain the apartment that I am paying them to live in. Sure. They'll probably fine me $100 for having to use their key in "my" door.

I do want the place treated, though. Having a three year old boy around means that I find food particles almost everywhere, even though I try to only have him eat at the kitchen table. Everything about him is a rambling repository for crumbs. They should make kids' clothes out of the same material that they make lint brushes out of. He and I could just play on the carpets every now and then, "rough and tumble" as he calls it, then the place would be sorted.

Yesterday, the boy and I were at the pool and I explained that I was going into the city today but that I would be back to see him on Wednesday. He asked me if one day he could meet my other family in the city.

I have seen three doctors in the last three weeks. I haven't enjoyed any of it. Among the least of my problems, the flesh on the side of my arm, has finally swollen to medically noticeable proportions. Even my favorite bartenders are suggesting amputation. My closest enemies are offering one last arm wrestling match, with favorable odds. Every time I move my arm it feels like a golf ball is fighting its way out of an oyster.

I just want to crawl into a womb somewhere and be healed. The fountain of youth has turned out to be a river of blood, a soon to be severed umbilical cord, and the ever life-giving sludge of placental expulsion.