Prince is an idiot 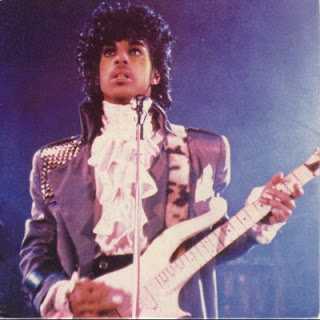 (A witness of Jehovah)

I am a Prince fan, much to many of my friends' dismay.  I still go back and listen to his old albums every now and then as well as keeping up with most of his new ones. There are only a couple Prince albums I don't have. I have a few friends who can not understand owning even one Prince album.  This post should make them happy were they to ever read it.

I'm not sure what it is that makes some people detest Prince so much. The music is good, very good.  But his persona is perhaps what bothers some of them. He seems to exist somewhere between black and white, between male and female, between gay and straight, between bondage and submission, between fashionable and absurd, between sex and rape, etc.  Some of his lyrical content might be too sexually suggestive.  Combine that with the previous observations and we begin to tap into what I believe are most peoples' objections to him. They have unsettled feelings about interacting with, or receiving through media, the sexuality of a person who projects such a strong and unambiguous sexual message while his persona seems so foreign and questionable. He stirs feelings of uncertainty in some, strong feelings of certainty in others.  It is part of his success, to ride a balance between definitions.

But his sexuality, or inconsistent sexual projections, is not the purpose of my post today.


I was driving from Sonoma to Napa yesterday.  I had some errands to run.  I put a 3 disc live album known as "One Night Alone Live" in the car's cd changer.  On the trip there and back I made it through about half of the set.  If I were to just listen to the music and ignore much of the political, social and religious content then I would be mostly happy.  The music is good and performed exceedingly well.  But the nearly non-stop stream of gibberish that comes out of his mouth finally got the best of me.

Most of the time I'm able to ignore Prince's odd take on religious dogma and his sometimes senseless tag-line proclamations about faith and identity. But this time it was just too much for me. Below are just two examples:

"The opposite of NATO is monotheism."


"I'm talking about theocratic order here. How many of ya'll are with me? (crowd cheers)..."

Here is a man proselytizing for theocratic order?  Prince is famously now a Jehovah's Witness.  It should come as no surprise.  His entire career has seemed to be in search of some higher power, guiding light, redemptive force, penetrating godhood, flowered paisley god guitar, etc.  That he finally found an organization prepared and quite willing to take him in and embrace him is no big surprise. Fringe sects often seek out celebrity, thinking that it will make them seem less weird to the world at large.  It always fails.  I'm sure that there are a few Prince fans out there that have checked into the Jehovah's Witness message but I doubt he's been converting people over in droves.   Having Prince on your side of a religious mission does not exactly bolster up any additional support for said mission.

This assertion partially assumes, of course, that Prince has no will of his own and that he is incapable of making his own choices.  Clearly he demands that he makes his own choices in some ways.  Alternately he seems to argue for the universal submission to some unstated divine law. He is notoriously one of the most infamous control-freaks in the music industry.  I've heard several people tell of different incidents in which Prince shows up at a nightclub with an extensive entourage, as many as 50 people, and they all just sit and dispassionately watch the goings-on around them, none of them will ever order a drink.  Because Prince doesn't drink he doesn't want anybody in his group to drink.  Very Jim Jones of him... consider this when reading the last portion of today's post...

I've also read that the only music Prince listens to is his own.  It is all that you will hear in his home, in his car, at his studio, anywhere that he goes.  On one level I can understand an artist being so committed to the thing that they do.  But musicians are often their best when they are exposed to the ideas of others. I guess when you are the very penis-pump of god those trivial considerations no longer come into play.

The opposite of NATO is not monotheism, for those still wondering. He seems to be against national order and for the idea of a single god.  That's the most I can gather from the statement.  Beyond that it is pure twaddle.
It wouldn't bother me so much if every time he spoke he didn't do so with a "knowing condescension", as if he's tapped into a universal truth that he was put on the earth to reveal to mortals through funk and soul.  Prince isn't perfect.  Remember "Chaos and Disorder"...?  Remember when he adopted an un-pronouncable symbol as a name? People began to refer to him as "The Artist Formerly Known as Prince"... more like "The Artist Formerly Known As Relevant."

Some people have told me that they don't like Prince because they find him to be "perverse" and even "repulsive."  Until now none of that ever affected me. I found most of his sexual overtones to be funny, harmless.  I do, however, find the idea of "theocratic order" to be deeply perverse.  In fact I find it to be indecent, depraved and corrupt.  Who would have ever guessed that's what would finally turn my stomach about the artist, formerly known of.


When I got home I flipped through the liner notes for the box set...

In them he grossly misquotes Ralph Waldo Emerson.  Below is the quote as it was originally written:
"The virtue in most request is conformity.  Self-reliance is its aversion. It loves not realities and creators, but names and customs. Whoso would be a man, must be a nonconformist.  He who would gather immortal palms must not be hindered by the name of goodness. Nothing is at last sacred but the integrity of your own mind." -Ralph Waldo Emerson

I won't bore you with his misquote but the main feature is that he removes these sentences: "He who would gather immortal palms must not be hindered by the name of goodness." and "Self-reliance is its aversion."  He gives no indication that he has removed any sentences, nor does he stick to the idea that a quote should be printed word-for-word as it was written and without further modification by others, or without indication of any change.  In one way he is embodying the spirit of the quote itself.  In another way he is just misquoting a famous piece of American literature.


I suppose it's just harmless though.  I don't look to Prince for spiritual guidance any more than I look to John Lennon for politics, or David Bowie for relationship advice. Those who do will get precisely what they've earned and deserve from the experience.  I am past basing my opinions on the opinions of rock and roll stars, though that was not always the case, as some of you will likely remember and remind me...

The only thing I ever based on Prince was cocaine.