I Want To Know What Love Is 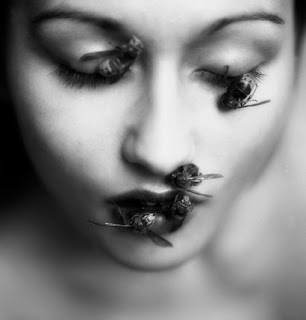 I don't know precisely what it is about riding home from work on a bicycle in the rain that is so depressing, but it is.  The subway isn't

No, not that.  Let me try a different start. A few of my friends have commented that my posts lately seem principally negative, too cynical.  I had thought a few of them were funny, but perhaps that is just me.  I always laugh at the wrong time.
Isn't karaoke just fun?
I was going to try to write about karaoke but I guess I don't have as much to say about it as I had initially hoped.  I have a fantasy about one-day absolutely owning a karaoke bar with Foreigner's "I Want To Know What Love Is".... It's a secret sort of, in hushed and rushed tones I'll tell anybody that'll listen.
I picture the place singing along with the choruses, joining me, not a dry eye in the house...
I want to grow up.  I want to run around in the yard until my head turns purple and pull cork off of the wall until my parents scream at me.  I want all of the neighbors to have fish tanks and swimming pools, and gardens.  I want to go to steakhouses where there is a salad bar towards the center and only about 4 tables in each satellite room to make it seem very exclusive.  I want a garage.  I want a boomerang.  I want a porch.  I want to watch rain in the dark, with lightning.  I want to watch the rain in the morning and not have to get out of bed.  I want a bed.  I want lightning.  I want lightning bugs.