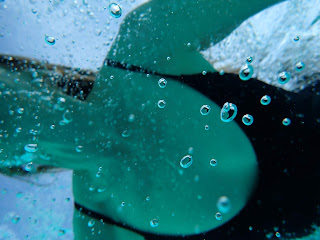 Well, jokes about sodomy seems so much less fun when they're not reciprocal. I don't blame CS, though. I was troubled by the behavior out of the White House, also. Though, I have been troubled by the behavior, and reasoning, that I see most everywhere. Even my most reasonable friends seem bent, emotionally and ideologically. Who can blame them, really? Though I do not think a strong leaning into this situation will necessarily prevail, though that is one thing that everyone I disagree seems to believe.

We leave for Santa Barbara in the morning. There is a hotel on the beach, though we may be persuaded to stay with a friend instead. I know how much mom prefers to stay in hotels but tough times call for austere travel measures. I am more flexible in my willingness to travel on the cheap than mom is, much more. Yet if you asked her she would probably tell you the opposite. We can stay at $500 a night hotels, but she will questions the $80 we spent at the bar as being the thing that cost us so much. That is a true story, and from a recent trip. It requires constant energy to negotiate with a partner, no matter how much I am spending.

But, isn't it nice that we can just sit here together quietly?

We have been trying to house trade with anybody that will listen. We can affirm that ours is currently Covid-free, and we ask only the same, as much as it is possible to know. We would prefer to trade somewhere near the beach, but are open to other regions. We were shooting for a one month trade, but will do as little as two weeks at a time.

Raquel and I have been getting along unusually well again. Don't let the above paragraph fool you. This sheltering-in-place has not increased our capacity for affection, though there seems to be a break in the clouds recently. We are having and seemingly enjoying an active sex life again. I'm not sure what happened. My sustained efforts to thumb her butthole must have finally paid off.

Well, there was that and the kissing, too.

We leave in the morning. We will look for foreign pools of cool water, and champagne, and oysters at a place where the sun can be seen to disappear.

Right in front of our eyes.