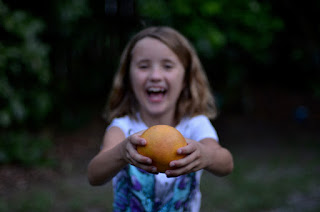 CS tear gas has me wanting to buy new cameras, again. Sometimes I feel as if he is trying to squander all of my retirement funds. But I keep looking at cameras anyway, telling myself that retirement is many years away, if I am lucky enough for it to ever arrive. But then I look through my photo libraries and I realize that the quality and variety of styles noticeably improve over time, as I acquired more cameras. So, there is a corollary between the number of cameras I have and the quality of the images I make. This corollary must be a causality. That's how science works.

The boy and I went to breakfast this morning and as we were returning home there was one person - I'm not sure she could be called a protestor - standing on the corner near the McDonalds wearing a sandwich board that stated "Black Lives Matter" on the front. On the other side, where most people might not see the message she was displaying, she had written "White Lives Matter." This was a new and more specific take on "All Lives Matter" that I had never seen before. I wondered what the Asian and Latino population might think of her dichotomous one-person demonstration of values might feel.

Her work on the boards looked hastily done, shoddy even. Her choice of colors produced less contrast than what is often wanted for this type of messaging. There appeared to be only a single coat of paint used, spread unevenly and thin with perhaps a dried old brush, creating a series of questionable letters, though it was still readable. She may have chosen that corner for its proximity to the type sustenance that she most adores, as the angle of the boards on both sides had them pointing somewhat upwards as opposed to lying flat against the body. But other than that I was with her in spirit. Had the boy not been with me I might have yelled some support, Down with the Black Death! or Police Are The Pestilince! though I suspect neither of these things yelled from my window might have felt like support for the cause.