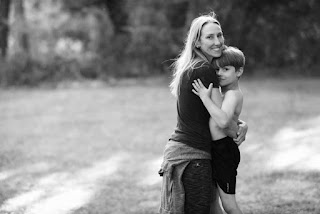 I meant to wake up very early and go riding this morning, but I left my shoes in the spare bedroom and we have guests, so there may not be any riding early today. I can not walk into Starbucks, either. They frown on the shoeless there, even after their day of diversity training. There are always experts who will be happy to remind you, "That's not enough!" and maybe they're right.

There are two stories that seem plausible enough. One is that things are improving.

One of my childhood memories was of July 4th, 1976. It was a big deal, the bicentennial. I was with my family, we were going to see a parade together. I dressed in all red, white, and blue perhaps because ideas of the inherent goodness of showing patriotism had been impressed upon me, by them. My family ridiculed me for it, and they all encouraged me to change my clothes. They were of course right. Children should be mocked when their parents sensibilities appear on their surface.

Later that day the mc of the parade and festivities invited all the kids that were wearing all red, white, and blue to come up to this stage where they were each given a big stuffed toy prize.

My mother leaned over and told me that we would stop and buy me whichever one I wanted. I snapped back that it was about the recognition, also. I was seven years old, so there were concepts of glory and praise already surging through the freshly plowed channels of my mind. I refused to talk to any of them. Or that is the memory that I have repeated and encouraged upon them and others ever since. I later claimed that this was the moment when I recognized that much of life is a sham and a cheat, and that if you listen to those who claim to love you, and allow your actions to derive from what you hear, then you are no better than any mark, or stooge. There is a tremendous cheat involved in almost everything. We're also reminded that things are improving, that things do get better.

The same day - far away in Sheffield, England - The Clash played their first ever live gig.