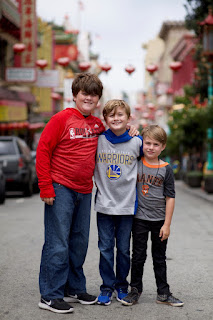 I very rarely go street shooting, and yesterday was going to be "my day." We planned on going into the city for an evening baseball game (Giants vs. Brewers) and to show the visiting nephews around the city - Chinatown -  and I decided this was the time to bring in my bigger camera, the Death Star... Nikon D810, and a few heavy lenses filled with precision glass. I carefully picked two that would do well for my purposes - a 17-35mm f 2.8 and a 85mm f 1.4D, skipping my usual 50mm so that I could carry less glass and still have some variety.

Before we left to catch the ferry I took some loose pics of the kids playing in the back yard, using a 135mm f 2 DC, so that I could be reasonably far away from them and still take candid pictures.

That was the lens that remained on the camera when I hurriedly put it in my bag with the 85mm, thinking it was the 17-35mm, leaving me only portrait lenses and higher in terms of focal length. The ever important wide angle stayed on the table in the kitchen.

I was forced to shoot at 85mm all day.

So, no wide shots of the ball park or of SF, only close-ups, the frame filled with faces and very little contextual info. The one above was the only useful image I took, it being the perfunctory establishing shot - kids on vacation in SF. 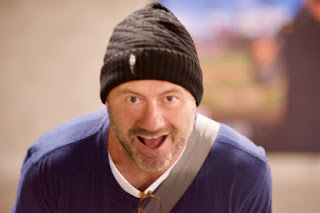 Forget it, Jake, it's Chinatown.