Having a sit at the Kit Kat 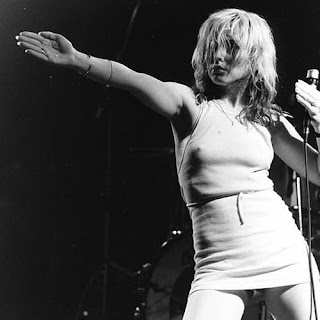 Cato says that I need to get out of America and he is probably right. He thinks that ideology - my own and that of others - is tearing me apart. He wrote that message in an encrypted text just before he entered his favorite Berlin sex dungeon, to retire for the evening, as it was then mid-afternoon. What he fails to realize is that my only ideology is to be right. Like, super-right.

From this point forward I want all of my words, both written and spoken, to be italicized.

I realize now that most people argue politics because they feel personally helpless. They want the nation state they live in to resemble their own vision of morality because they have so little power to do anything to change the world. People on the right seem to accept the idea that life is "kill or be killed," where there is only natural dominance (theirs) and economic submission (most all others). Where the left wants the world to be more like a dinner table; everybody brings something and we all share. The right seems to think that they are the sole funders of that same dinner.

Perhaps that is an oversimplification.

Nope, I read the paragraph again in its entirety. It represents the totality of my political thought and is a cosm to itself.

I need to go to Berlin and find my own sex dungeon. The problem with sex dungeons is that there are only two types of people there - strangers and the occasional accidental friend. When I say "Find my own sex dungeon" I mean one that is called  "Sean's sex dungeon" or something unmistakably similar, maybe "Sean Cusick's sex palace of submissive women." Yes, that has a nice ring to it. Possibly several, since women is plural. Maybe that was a typo. Well, to be less guilty of pleasure and to communicate our healthy progressive intentions to the public I suppose we could modify the sign out front to be: "Sean Q6's sex palace of submissive and consensual women (who are also being respected as equals)."

I mean that they each respect each other, of course. What sort of sex dungeon would have the sex slaves be treated equally to the sex patron? That doesn't make any sense. I just read the entire above passage to Rachel, who is sitting on the couch smirking at me. She seems to understand a thing or two about how sex dungeons are meant to work, so she has made the tough managerial decision that I am to be barred. That's right, 86'd out of my own intercourse oubliette, and long before I could even dip my finger or other proboscis in the proverbial jelly jar.

86'd is a verb, though perhaps not any of the ones that you may now be dreaming of.

Wow! and Ooops... I made the mistake of trying to find an appropriate image for today's post so I did an image search for "Berlin sex dungeon" (on a work computer). Do not do this.

I would have used one of Cato's many images that he has recently sent to me, but to do so without getting pre-approval would violate the sacred trust that one who owns a phone and receives illicit images has unwittingly agreed to.

He has transferred some real doozies.