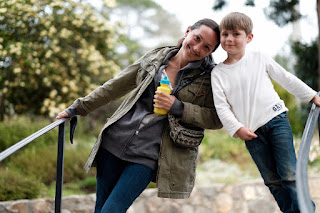 My friends visiting from Costa Rica returned home early yesterday morning. It rained all day, will rain all day again today. I awoke around 2:30am and have been telling myself that maybe I'll go back to sleep ever since. I gave up, the coffee is brewing. You should be able to tell when it grips me here in a handful of sentences. I will fire off one about Trump, that's how you'll know. When old liberals get excited they'll sometimes just spit curses at a computer screen. It's what they do now.

I'm not sure what being a liberal even means any more. I've watched the Pepsi commercial and I still don't get it. How much more pro-Coke can America be. I can see why everybody is so fucking pissed off about the ad, though. Like many others I had truly believed that soda would once and for all solve America's many problems. It's always worked for me. In fact, I'm so confident in soda's healing power I'm prepared to send Kendall Jenner to Syria to help work things out. Her courage is what's needed now, more than ever. She really knows how to leverage, that Kendall.

Having visitors was great - lots of cooking dinners around the house, playing with the boy, encouraging him to be five years old and not a month more, little adventures, a visit here and a visit there, some nice music, lots of chatting and laughter around the kitchen. A nice twenty year friendship from which to view and assess the world. That's what is needed most in trying times, old friends. I'm ready to open my apartment up to be a b-n-b of sorts. Only those without opinions can visit, of course, though they must be prepared to teach me how to cook, and they must get along well with kids. Or, at least one kid.

I made lasagna for the first time ever, which came out wonderfully (with a little help). So, now I have yet another dish under my belt, though just barely. It won't stay under my belt for long. I only went for a small handful of short bike rides while my buddies were here. The triathlon is on Sunday. I am praying to the Dakota Access Gods that it gets rained out, or that the dam in Northern California finally bursts. Anything. I don't really want to do a triathlon. I just needed a physical goal to get me through the winter. Now, we're here in spring and I've lost interest in spending a single 'nother dollar on this stupid shit. The wetsuit was $200. The "Tri" shorts were $60, etc. I lost my goggles and head condom.

I'll use all of this stuff exactly once. Sunday, maybe.

The world seems full of people who have no qualms throwing away all of their money like this. They seem to be competitive about it. The ones who have developed a brand in this market must really be something. You take $4 worth of fabric and wave some whiteness over it and voil-fucking-à... you've just made capitalist magic, which just so happens to be the color of money.


So, having only slept a small handful of hours last night was not what I needed. My neck hurts and is stiff, my legs feel fatigued. Everybody is giving me advice for Sunday. It's like having a newborn again. If you want to see how much the world is packed to the rim with unsolicited advice then have a child or announce that you're doing a triathlon. Suddenly everybody's Dr. Spock at the Olympics. It's as if they have all forgotten that I know how to read. Who knows, maybe I have. I haven't tried in a while. I hear it's like riding a bike, but with a book between your legs.

I don't like waking up and feeling as if I need to take two aspirin. I mean, through no fault of my own. I should call in sick to work today. I think a stiff neck qualifies, though I do not have the most physically taxing of jobs. The most difficult thing that I do most days is stand up out of the chair that I've been sitting in to keep my ass from going to sleep.

Well, not true, I suppose that driving into the office is the toughest part. I've grown to enjoy going into the city quite a bit, though I have not been in for a few weeks now. Circumstances have prevented me. Imagine having a job that you can claim circumstantial reasons for not appearing.

Though that's not accurate, either. My presence is not required, and some have suggested it as being even less than preferable. I can be a distracting influence, like when I talk, which is often. It's why I work in a locked box far away from others. I, of course, kid. I'm a friendly guy, and have grown to like the people that I work with quite a bit. They have learned to either tolerate or ignore me, some have even reached through the bars to pet my head and feed me squirrels.

That should be everybody's policy - tolerate or ignore, whenever possible - it does work. I mean, it won't solve society's problems the way that Pepsi can, of course, but I'm convinced that the worst attributes of most people are what draw them to the same in others, and now we have a system designed to capitalize on those horrible human interactions. What could possibly go wrong. It's the whenever possible part that seems to trip most people up.

Do you remember when people openly discussed the nearly unimaginable improvements that society would enjoy once information flowed freely from one to another, to all others. Nope. That will be recorded as among the worst things that could have possibly happened. The lines between information and ignorance have been erased. Now there is only opinion and informed opinion, everybody gets to claim either. In my lifetime I have never felt so existentially trapped by a mob. I mean, sure, they can be avoided to some degree, through the use of precise language, but their memes are out there waiting to get you. Anybody can meme whatever.

If the boy wasn't sleeping then I'd put on Babylon By Bus right now and push the faders up, maybe pop a couple more aspirin, then just sit back and sip my soda, teach the world to sing, or some other such saccharine sentiment. It wasn't Marley's best album, in fact it's among his worst, which is still quite a bit better than most.


Everybody is full of ignorance, yet they don't know how to ignore; they proclaim tolerance, except for that which is of course intolerable. The world has never before been so burdened by the newly acquired wisdom of the masses. There were Gutenberg hurdles which have since been obliterated.

I'm going to go jump into a cold lake with a bunch of white people, see if that helps anything. I swear the lake is the color of morning Pepsi.

Their official statement claims, "We also apologize for putting Kendall Jenner in this position." I must assume they meant the denim outfit, which, if nothing else should have brought the Canadians some sense of satisfaction and vindication.

One day I too hope to apologize for putting Kendall Jenner in a position, like maybe a full nelson or a figure four. I want only to advance the cause of intra-gender wrestling. That, dear friends, will hopefully be my legacy and gift to a troubled world. Close your eyes now and picture me gently pinning Kendall to the mat over and over and over again, for peace and harmony. I want the world to know what unity smells like. She and I could one day shoot a short film in which I also abandon my modeling career to help foster a global denim sense of peace and togetherness, maybe for Lockheed Martin or one of their competitors.