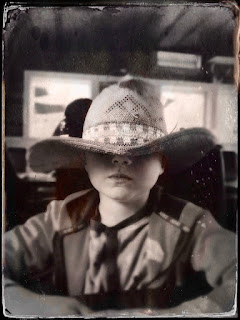 Well, I did the triathlon. It was about what I presumed it to be. I liked it, in an unexpected way. I am not a person that would normally participate in that kind of thing. Athletic competition has never spoken to me, and most athletes are annoying. Of course, that is a charged claim, that athletic competition is not my calling, but it is mostly true, a fact that I accept stoically at times, begrudgingly at others. I am arrogant, and taunt people with my intelligence, though I try to be playful about it, and do not relish making others feel bad unless they deserve it, though I don't derive much pleasure from being physically better than anybody else. I suffer the same doubts as everybody else at being worse, so there's very little to win there for me, and an equal amount to lose.

But I did win, of course. I had the best time for my specific age. Not in my age group, but my listed age, at 49. I'm 48, but they had me documented as being an athletic older gentleman. Nobody at that age did any better, though a 77 year old man was only one minute behind me. So, hold off on the applause. I barely limped past that mobilized sarcophagi as I wheezed my way across the finish line.

Do you see how I'm not competitive? I could have just said I finished with a modestly presentable time, in the middle of my age group. But, no. I do not kid.

1:48:05 was my final. It was only a sprint triathlon, but that is a respectable time, I'm told. I thought up a handful of what I believed to be funny observations about the event, but I'm not in the mood for that version of myself right now.

The younger women's age group was let loose in the water three minutes after the older men, and me, so there was a wave of pink pussy-power heads aiming to overtake me, and many did, a thing I became aware of mostly through doing the backstroke about halfway through the 750 meters. It was almost erotic, in that early dawn fog, seeing all of these straining young female faces bobbing up and down in the water as I impeded their progress. Then, after that first wave of fiercely competitive women were in front of me, all that was left was a mixture of men and women of all ages, and I was still ahead of them.

The temperature was 37 degrees when we got in the water, same when we got out. The Sun was as useless as Neptune.

The cycling part was uneventful.

At a few points in the running portion I checked my watch and saw that my heart rate was at 181, which is about 10 bpm higher than what mine should be at my age. The formula is 220 minus your age. So, I stopped and walked a few hundred yards here and there. When I was done, I ate a banana and half of a free bagel, looked around at all the people finishing, then walked to my transition station and collected my stuff and left. Ho hum.

My buddy that had agreed to do the thing with me was there. At first I thought she had beaten me, but she was just setting out to do the running portion. I would have waited for her, to go to lunch afterwards, anything to shine some light of interest on the rest of the day, but then figured we could have lunch back in Sonoma, where she was sure to go next. We ended up having dinner.

The young-ish girl next to me was also collecting her stuff. She was mildly angry and packing up dramatically. It was her worst time ever, she insisted. I told her that I set a new world record, that they're flying me to Stockholm to accept my award after the talkshows on both coasts have their shot at me.

I saw her again in the muddy parking lot across the street as I was leaving, she waved and smiled. She seemed happier after her time had become less of a frustrating fact. Most everybody that I met were conversationally pleasant. Just normal people, pretending to be on the television in their minds.

I pondered being mad at my time for a bit, to see how it felt, knowing that I didn't really need to walk at all during the running portion, that I could have been a winner, but nothing much came of it. I just accepted that I'm almost 50, and can now say that I have done a triathlon.

I went home and got in bed without a shower. My body was depleted. The rest of the day I could feel a draining loss of energy, as if only my body had smoked pot, a lot of it. My buddy said she felt the same. She was also happy to say that she had done it, though had no interest in doing it again.

Later on, Sunday, the organizers of the thing sent out an email, a discount for next year's event. I responded to the group text of all female triathletes, excepting me, with a screenshot. Nobody seemed interested. It functioned reasonably well as a goal to keep me training through the winter this last season. I thought that maybe I could trick myself into the same next year.

By yesterday, I was texting a friend in Vegas, trying to get him to do a short triathlon in Tahoe. He has put on a few pounds since his wedding in Mexico almost two years ago now, and I know he loves Tahoe, so I figured... But, no, triathlons are not my thing. I just happen to own a nice bike and that is the main component to them. I own a wetsuit now, also. I'm just trying to amortize my losses. I'll need to talk to my tax guy about how the government can absorb some more of my foolishness this quarter. He's great at that sort of thing. He keeps the hellhounds behind me, barking in the dark.

The boy and I leave for Denver early Thursday morning. It will be the second big out of town trip that he and I have taken. The first was to LA last year, where his mom will be going for this weekend.  It will be weird for her, her baby boy to be elsewhere. We will check the weather tomorrow, to see if there is any late season snow falling from the heavens for us, at which point I will begin my training for a cross-tundra endurance sled competition.

While I was finishing writing this an old friend from New York texted, wanting to do the NYC Marathon. It was once our shared ambition, not too terribly many years ago. He'll be coming to San Fran at the end of the month, to visit his father who lives here now. We'll go to a Giants game together and drink beer, laugh along at ourselves.

What else is there to do at this or any other age. Run?