At the end of pleasure 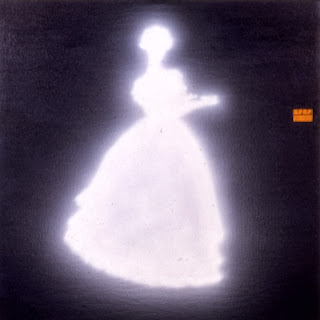 There was no time for new photos. The other ones were locked away and none knew when they might be loosed again. He had only been coasting, he told himself. That's all it was. First one coast and now another. Not drifting, but taking it all in. Taking too much in, perhaps.

He dreamed of Singapore and Bangkok. Myanmar. He had learned some, had grown a little. It was time, a different time. That part was quite good about it all. It was agreed upon. He was unsure to whom he was talking, who he had been. The voice was incessant, though it was not unkind, only energetic beyond necessity.

- Motion was not so bad, once started, he thought.

- The world must be seen from different places, or what's a world for? He told himself that, also.

There was always the telling of something to oneself. It is the source of faith, and pleasure, and problems. Pain.

He told himself those things as well.

Before this, he had been too long in too small a place. It was time to be in another place, on a discrete patch of earth, with different things to look at, people to notice. A place to ride a bike, to sip tea slowly. To read alone.

He began to dream again, mostly in his sleep. He saw things as they once were and woke up bluely. He had forgotten, his mind had not. His heart would rise in his chest at the suddenness. Though it was not his heart, it couldn't be, it was too high. It was near his neck, a sensation across the chest, an effect of odd breathing; age creeping into him. Fear, too. He fought it off in diminishing ways. The feeling was unmistakeable and yet unknown upon arrival.

It was best not to lie on his back staring upwards. The arms have nothing to do.

It was all a constricting emptiness that grew when considered. Aging was not a welcome sensation, the newness of it.

His voice sounded strange, unfamiliar. At some point it did go away, it must have. He fell back asleep for a stretch, arms crossed. When he awoke again it was time for something else - to put on a shirt, to stand at the toilet and listen, to drink water and wish to return all day to a bed that held something other than him.

He went into work early and some days stayed late. One day in particular he left at the expected hour and walked out into the afternoon sun, alone for the first time in years. Notoriously so. Surrounded by others and otherness. He crossed the main street and hopped lightly onto the curb. His knees both felt good. It was the running. There was a hill ahead. He could see it now, rising up evenly past view.

There were cities beyond the hill, though not too many. He knew the names of them. There was a bay and then another. The coast along the one side he knew reasonably well from the passing road, the hills, the bridge.

And of course, he had always wanted a son.